Zylyftar Bregu, Tirana: The barriers for the exchange of information

Home|Vicinities chronicles|Zylyftar Bregu, Tirana: The barriers for the exchange of information

Zylyftar Bregu, Tirana: The barriers for the exchange of information

BIRN is one of the news agencies that has offices in the whole region. The project “Vicinity” is different from BIRN, but it has a huge benefit because of the the lack of communication between different ethnic communities in the region. 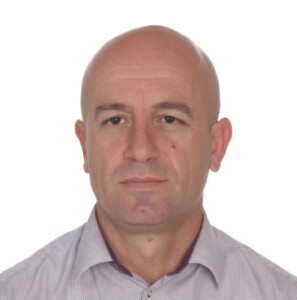 In a monitoring conducted by the Department of Journalism and Communications of the University of Tirana, I was involved in keeping track of the quality of information on Albanian television during 2019-2020. It turned out that the news from Kosovo accounted for approximately 12% of the total amount of information in news editions. On the other hand, the news from the region, which includes the news from North Macedonia, Montenegro, Serbia and Bosnia and Herzegovina, accounted for approximately 20%.

The percentage itself is not a big issue. However, if we analyze it, we can clearly recognize issues and phenomena in the aspect of information exchange among the Balkan region.

The first finding is about the way the information regarding regional realities reaches Tirana. None of the daily printed media in Tirana has a correspondent in the region. The television stations seem to be one step further in that sense.

The national television “Klan” reports about Kosovo through a correspondent who is located there. In a similar way the news from Serbia reaches Tirana, namely through an Albanian journalist that lives there.

When it comes to North Macedonia, during the last three years, the national television “Klan” is investing in opening studios in North Macedonia’s capital Skopje branded as “Klan Macedonia”.

As for the other neighbor of Albania, namely Montenegro, the news come only through international news agencies.

A similar scheme is used by “Top Channel”, another national television in Albania. In Kosovo it has one journalist/correspondent.

The Albanian public television does not have a correspondent in any of the countries of the region. This shortcoming has been criticized in many reports about the public broadcaster.

In that sense, the news about the events taking place in the region reaches Tirana through international agencies. These agencies pay little attention to the countries of the region, except when it comes to ethnic conflicts.

Another way to obtain information is through the Albanian media in the countries of the region. However, according to media managers in Tirana, the reports of their Albanian colleagues in the region are far from linguistic and professional standards. This is an obstacle for publishing articles in Tirana’s media prepared by colleagues from the region.

Another reason for the “boycott” of Tirana’s media, when it comes to the events in the region, even when it is about occurrences among Albanians in the region, has to do with the indifference of the audience in Albania towards these events.

By analyzing the regional information in the Albanian media, we can conclude that there are at least two main peculiarities. The first peculiarity is that information about the region mainly regards articles from crime chronicles, events that are difficult to process by the audience. The second one is about the source of the information being mainly the state institutions and officials. We are missing articles from the region which analyze important problems, as well as investigative articles or reports about the economy, social and cultural life etc. The previously mentioned articles could influence us to better understand each other’s culture and initiate communication among the ethnic communities.

It seems as the online media has erased the “geographic space” of the news in the traditional media. In this sense, BIRN is one of the news agencies that has offices in the whole region. The project “Vicinity” is different from BIRN, but it has a huge benefit because of the lack of communication between different ethnic communities in the region.

Dr Zylyftar Bregu is a lecturer of writing news since 2004 at the University of Tirana, Department of Journalism. He has worked as a journalist for some of the biggest media in Tirana and as an associate for international media