Vicinity is a sort of ancient forum, where we keep returning to discuss and listen to one another…

Vicinities is an open platform, available to all those from the region, or the Western Balkans, whose voice needs amplifying, and who are eager to express their critical perspective, fresh ideas and points of view on current affairs in writing, video, or other formats.

This is a creative space for both talented young individuals as well as established professionals coming from our vicinities – from Belgrade, to Sarajevo, Pristina, Skopje, Podgorica, and Tirana.

Our platform has had the great success of launching the first regional television talk show (link), a brand in itself, which ran for 6 seasons on 12 television channels in Albania, Bosnia and Herzegovina, Croatia, Kosovo, Macedonia, Montenegro, Slovenia, and Serbia.

The European Fund for the Balkans and the European Movement in Serbia now continue their mission through a similar format, in their desire to help societies in our corner of the world prepare for not only EU membership, but a true acceptance of European values.

Share the optimism: We believe in a better Vicinity 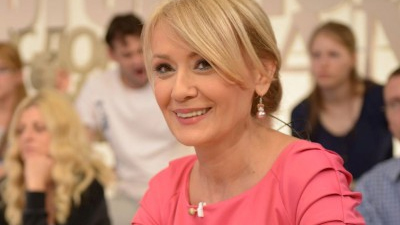 ZVEZDANA KOVAČSecretary-General of the European Movement in Serbia
The importance of the “Vicinity” platform lies in the opportunity to take steps forward in democratic processes, based on connectivity and cooperation. The rather divided media and political space presents an obstacle to all the countries in their efforts to adopt European values and become part of a united European community, which is, at least declaratively, the agenda of all neighbouring countries. No country can consider itself as an isolated social, economic, cultural, and political space, but needs to consider itself in a broader context, as part of a whole in which neighbours support each other and encourage progress. This platform is an opportunity for an open conversation with goodwill; for a conversation in which good practices are recognised, but also an opportunity to point out all the shortcomings that keep us away from the highest human values. „Vicinity“ can be a favourite gathering room and evidence that the future lies in inter-connectivity. The Balkans must not remain a symbol of conflict and permanent instability, which is often attributed to it. There are no easy solutions, yet dialogue is part of every solution. “Vicinity” can be a platform that serves this purpose.

ALEKSANDRA TOMANICExecutive Director of the European Fund for the Balkans
Vicinities (Okruzenje) the current affairs talk show was launched back in 2012 as a unique TV product broadcasted simultaneously on twelve TV stations in Albania, Bosnia and Herzegovina, Croatia, Kosovo, Montenegro, North Macedonia, Serbia, and Slovenia. For the first time in 20 years, this TV-format managed to bring a variety of people from the region, who were able to openly discuss and find common understanding for the similar problems present in all the countries of Former Yugoslavia. This was precisely the idea of the European Fund for the Balkans (EFB) and the Center for Democracy and Reconciliation in Southeast Europe (CDRSEE) – to allow the viewers across the Balkans to hear it load and clear that they share the same burdens, political complexities and cultural code.

After six seasons of “Vicinities” the mission is still not completed, but the vision stays the same. Building upon the already proven concept, the updated online platform of “Vicinities” and the new format for exchange of personal experiences, views and perspectives “Vicinity Diary” will continue to serve as a forum where different voices can be heard.

Together with Zvezdana Kovač (Secretary-General at the European Movement in Serbia) as one of our partners since the launch of this initiative with CDRSEE, we have jointly come to the idea, that in times of Covid – 19 we must find a way how to revive the regional network of people that can offer a different perspective at the current state of play in the Western Balkans. That is why we are offering the much needed space to gather the intersecting viewpoints and stories of the representatives of the civil society, public figures, journalists, experts, activists, policy makers, analysts, and above all the citizens from across the Balkans who are keen to share their opinions, open a debate and an exchange of solutions on different and often controversial topics.

We are all faced with big changes, so we have found a way to change and adapt old concepts, and that is the main idea behind this renewed form of “Vicinities”.

The European Fund for the Balkans is a joint initiative of European foundations (Erste Foundation, Robert Bosch Foundation and King Baudouin Foundation) that envisions, runs and supports programmes aimed at strengthening democracy, fostering European integration and affirming the role of the Western Balkans in addressing Europe’s emerging challenges.

Key goals of the EFB for the next 5 years are providing means and platforms where informed and empowered citizens will take action and demand accountable institutions and democracy;  improving regional cooperation among the civil society in the WB region based on solidarity and demand-driven dialogue and exchange of ideas, opinions and actions; supporting the process of affirming the political credibility of the enlargement policy across the Western Balkans region while insisting on the commitment to the principles of the Thessaloniki Agenda. Ultimate goal is contributing to vibrant democracies and liberal societies in the region through increased citizen engagement and improved regional cooperation, within the framework of a credible EU membership prospect.

The European Movement in Serbia (EMinS) is a civic organisation founded in 1992 with a desire to initiate and follow the comprehensive process of our country’s European integration.

Our vision is a Serbia founded on democratic values, the protection of human rights, solidarity, sustainable development, knowledge, and innovation. A society that preserves the good old, but also simultaneously bravely develops new, modern values, to the benefit of all of us.

For more than 25 years we have engaged in: public policy research and European integration advocacy at the local, national, regional and European level, raising citizens’ awareness of the importance of the European integration process, informing the public about all the relevant aspects of the process, creating conditions for the adequate application of European values and standards in the area of human rights protection and sustainable development of the community. All this for the purpose of building a democratic and modern Serbia in a united Europe.

We are here to help make your voice heard

Join us!
Go to Top