The whole process that lingers, except the discussion of the legal and political bed through which it has passed, is sure to have undermined the main purpose for which it was undertaken; restoring public confidence in justice. 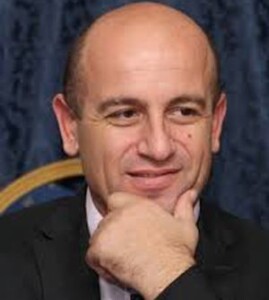 In July 2016, the Albanian Parliament voted unanimously with 140 votes to start the Justice reform. The reform provided for the transition to a “vetting” process (re-evaluation process) of all judges, their assistants and prosecutors, reformatting the system from scratch, in order to restore public confidence in the justice system.

Five years later, 460 prosecutors, judges and their assistants underwent the vetting. Only 183 of them, or less than 40 percent, have been confirmed in office. The remaining 277, or about 60 percent, did not pass the class, eventually leaving the justice system. The fact that the process started from the top of the pyramid of justice, a highly controversial decision, has produced these side effects; The Constitutional Court has only 7 out of 9 members. The process for selecting these has also been debatable, violating the integrity of the highest court in Albania. The Supreme Court has only 9 members (out of 22) and lacks a president, functioning as a vice-president. This court says that 36 thousand files (cases) are on the waiting list to be tried. Some of these files, for sure, will be tried so late that justice will be unnecessary.

The Courts of Appeal representing the second level of trial have collapsed, due to the low number of the remaining judges. The Special Prosecution Office for the Fight against Organized Crime and Corruption at the High Political and Administrative Levels (SPAK), started functioning 3 years after the adoption of the law. It even started with eight prosecutors out of the minimum ten provided by the constitution. Only during this year the structure of this prosecution was completed, fulfilling the number 14, decided by the High Prosecution Council. However, the executive body of this prosecution, National Bureau of Investigation has not yet started working. The first selected are receiving the last trainings, while we are still far from fulfilling the structure of NBI with 61 experts.

The picture becomes darker if we recall that the 460 prosecutors and judges who underwent the vetting make up about half of the members of the justice system in the country. Completion of the process will take another five years, despite the fact that the mandate of the commissions that make the evaluation ends in the spring of 2022. The Constitution stipulates that in case the vetting is not over, the High Judicial Council vetoes the judges and the High Prosecution Council vetoes the prosecutors. It seems that the ruling socialist majority, the party that proposed the vetting, does not believe much in these two structures (HJC and HPC), as it has sought the consensus of the opposition to change the constitution in order to extend the mandate of special structures that do the vetting.

The whole process that lingers, except the discussion of the legal and political bed through which it has passed, is sure to have undermined the main purpose for which it was undertaken; restoring public confidence in justice. At the time the Justice Reform was adopted, in 2016, a survey conducted by IDRA showed that 91% of respondents either supported “fully” (64%) or “to some extent” (27%) the need for such a reform.

After five years it seems that even the last to die is dead, hope. A poll conducted by Euronews Albania two weeks ago shows that one in four people (25.1%) think that the reform has gone bad and one in ten (11%) think that it has gone very bad. Almost no Albanian in 100 of them thinks that it went very well (0.8%) and less than a quarter (24%) think that it went well.