Residents have been complaining for about a decade about the behavior of the private company that has won the right to exploit the oil-bearing subsoil, Bankers Petroleum, whose ownership has passed through several hands. 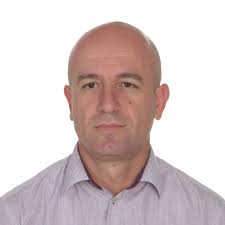 A report of the Albanian Helsinki Committee published in the last days of October raises the alarm that in one of the oil extraction areas located in one of the largest counties in Albania, that of Fier, environmental pollution is at an alarming level, thus turning into a danger to the health and life of the residents of the area. The experts of this organization have found that the proximity of residential areas and greenhouses of agricultural products to the places where they are extracted or serve as landfills or old wells, of hydrocarbon waste, in the absence of safety measures and rehabilitation measures, is very worrying. According to them, this circumstance “distributes” the risk beyond the administrative borders of the oil extraction area, affecting the consumers of these products all over the country.

The experts of the Helsinki Committee find that the institutions responsible for preventing or avoiding this risk with long-term and hereditary consequences not only do not react, but “pass the ball to each other”. This behavior has worsened the situation, leading to a climate of lack of initiative in ex officio inspections and the lack of punishment for operators operating in the field of hydrocarbons in this administrative unit, namely Albpetrol sha and Bankers Petroleum. “The responsible institutions avoid their responsibilities, referring not only to their poor recognition from a legal point of view, but also to the lack of logistical means for measuring pollution, but also to the overlapping of powers. The responsible institutions generally show a lack of transparency in making available the documentation that evidences the exercise of their legal powers and the taking of preventive/punitive measures for pollution in Zharrëz, even though they were previously aware of the monitoring visit of the HC team, while requested that this documentation be accessed only with official requests for information is written in the report of the organization mainly engaged in the protection and respect of human rights.

Residents of these areas have been complaining for about a decade about the behavior of the private company that has won the right to exploit the oil-bearing subsoil, Bankers Petroleum, whose ownership has passed through several hands. Throughout 2012-2016, residents complained of strong earthquake-like explosions that damaged their homes. In response to residents’ protests and complaints, the Council of Ministers approved decision no. 155, dated 01.03.2017, from which 514 residents benefited from partial compensation, and the damaged houses were rebuilt for the other 70 residents.

In the area, there is a high number of closed bottom wells with corroded columns (about 6000 in the entire Patos-Marinez area), pits in which waste produced by oil extraction is deposited (10 such). This situation produces an acute and long-term problem for the residents of this area by polluting the environment, which includes air and soil pollution.

This is the geographical space where pollution takes the form of tragi-comics. The “black gold” of the underground, instead of serving for the development of the area, has turned into a problem of survival for them. Albania produces more than 1 million tons of oil per year. According to official sources, the maximum production of oil was realized in 1974 with 2,250,000 tons of oil/year (or 6165 tons of oil/day equal to 38,408 barrels/day).

Albania has opened negotiations with the European Union and the problem of environmental pollution is one of its weakest points.

Zylyftar Bregu is a journalist, professor at the Department of Journalism at the University of Tirana