The state, through its package of measures, is trying to keep the seriously ill tourist industry alive with respirators. These measures are generally welcomed by the tourist guild, but most tourism workers consider them insufficient for a serious survival of the sector. 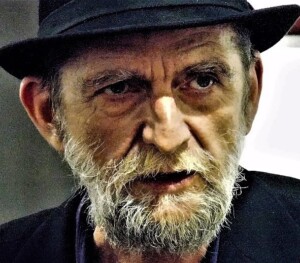 If this hotel were a horse, then I would surely have shot him in the temple. This is how an owner of a small accommodation facility in the Skopje municipality of Kisela Voda responds. He says his business was based on two pillars. The first pillar is the so-called “congress” or “business” tourism, but, during the pandemic, this type of business meetings and travel were replaced by online meetings, so the income from them fell to a minimum. The second pillar or “paramour” tourism, as our interlocutor calls it, is also falling sharply, because his former regular customers now fear for their health.

Daniela Mihajlovska Vasileva, an independent advisor at the Economic Chamber of Macedonia, confirms that tourism in the Republic of North Macedonia is an endangered branch. She says that, in the first nine months of last year, the decline in the number of tourists in the country compared to the previous year was 60.8 percent, while the decline in foreign tourists in the same period was as much as 84.1 percent.

A recent study by the Platform for Public-Private Dialogue found that one in five catering and tourism companies had reduced their staff by more than half. According to the same survey, as many as 85 percent of the surveyed companies declared a decrease in revenue by more than 50 percent compared to the previous year. Nearly three-quarters of these companies (73 percent) consider it a real possibility to cease operations if the crisis and the restrictive measures continue.

The state, through its package of measures, is trying to keep the seriously ill tourist industry alive with respirators. These measures are generally welcomed by the tourist guild, but most tourism workers consider them insufficient for a serious survival of the sector. Among the other measures, which mainly applied to the whole economy (providing minimum wages, exemption from contributions, interest-free loans …), a special measure called “home is home” was intended for tourism. This actually meant a voucher system for a certain category of citizens, who could use it only in domestic resorts.

But, despite this stimulus, despite the fact that the borders to the countries with seas were mostly closed, so the domestic tourist had to be satisfied with the Macedonian tourist centers, according to the director of the Agency for Promotion and Support of Tourism of the Republic of North Macedonia, Ljupco Janevski, domestic tourists made 1.5 million overnight stays, which is at the level of previous years. However, Janevski believes that the action “home is home” should be continued and modified, because it is obvious that the local tourism industry will still have to rely on domestic tourists.

It remains to be seen whether the hotel called horse from the beginning of the text will survive the crisis. Or not?