Zora Milovanovic, Belgrade: I gave up my own selfishness

Home|Vicinities chronicles|Zora Milovanovic, Belgrade: I gave up my own selfishness

Zora Milovanovic, Belgrade: I gave up my own selfishness

Condemning attitudes have been imposed on me even since I was a child. I didn’t deal with it. It was something of a closed book my entire life. 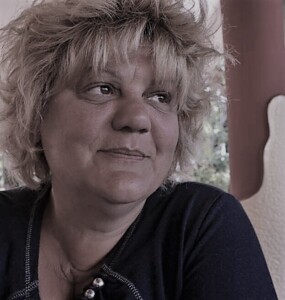 I look down, I turn my head. My own skin feels too tight, and I would most like to run away.

I wonder – ‘How is that even possible? What happened?’ A torrent of the most disgusting words flowed from my mouth! ‘Don’t do this to me!’- I cried and screamed at her at the same time! I felt she had moved the ground beneath my feet, removing me from my own life.

I always talked to my daughter openly, without hesitation – face to face. And as much as it would seem that we were miles away, mutual love and the most significant and purest sense of belonging has always calmed any situation down – and we are both passionate people! This time, she looked at me silently with an ice-cold expression on her face, and all I could think about was how she had given up our joint path to the future. Everything I thought and did, with her best interest at heart. I didn’t even want to look at her. The silence spoke for itself. I kept asking myself, ‘Why is life doing this to me?’ Whatever I would start thinking about, I’d snap out of it and think that my daughter – a sweetheart, has a girlfriend!

The horror! I felt that my daughter had embarrassed and betrayed me.

Time passed and every storm of feelings and thoughts began to boil down to the questions: ‘Are you ready to lose her? To maybe never see her again? Never kiss her again? To not hug her when she’s laughing and when she’s crying? Is it more important to me what people will say?’ It was then that I understood, it never mattered to me what people would say, especially when I had an opinion about something. Then came an unexpected question: ‘Do I have an attitude about the gay population at all?’

Allowing myself to think in my own silence, when I am most honest with myself, I realised that I had no opinion about it. Condemning attitudes have been imposed on me even since I was a child. I didn’t deal with it. It was something of a closed book my entire life. Every judgement was a weak attempt to defend my own ignorance.

I started to feel ashamed because I was close to betraying my daughter. The horror!

I don’t want to give up my child! There is nothing in the world that would make me leave her without a support system to fight injustice on her own! Learning more about it, I realized she needed me more than ever. People of who identify as gay are the target of judgement because someone else’s ignorance and selfishness, and that’s my child too!

I often talked with her and her girlfriend, drank coffee, laughed and cried,and was the happiest mother in the world to have a daughter I can be proud of – her intelligence, humour, attitudes towards life, and she’s so young! I am also proud of her choice of partner, because she knows what she doesn’t want! I am proud and grateful for the understanding my daughter showed me, so that I could understand her better.

To this day, I am still only ashamed of my first reaction… ashamed in front of my own child!