All of our Western partners see Montenegro’s EU membership as a priority. However, if the government does not fulfil those obligations by the end of this month, ie next month (July), we may lose the chance to obtain final benchmarks. And instead of the EU here we are, back to the Balkans, as Open as they may be, in the company of unsuccessful EU applicants. 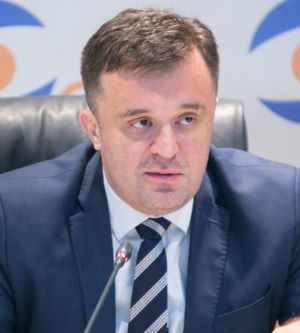 Few topics have so passionately captured the attention of the Montenegrin public with so little known about them, as much as the Open Balkan initiative. Expert discussions are lacking because it is difficult to analyze something that is not defined. Therefore, it is not surprising that at the last summit of the three-member Western Balkan alliance American envoy Gabriel Escobar stated that they need more information about it. Not to mention Montenegrin citizens, half of whom, according to the latest research by the NGO CEMI, don’t know what the Open Balkan is.

It is difficult not to notice that this is an initiative of three blocked candidates for EU membership, who either did not start negotiations (Macedonia and Albania) or their negotiations have been blocked (Serbia). It is not surprising, then, that this is perceived with reserve as a  “Eurosceptic” initiative, or an attempt to create an alternative to the EU, because these countries cannot be expected to join the EU any time soon. The Open Balkan (OB) is simply an alternative for those Western Balkan countries that are not expected to become members of the European Union in the next two decades, or even then. Therefore, it is necessary to build a framework that would encourage political and economic stability of these countries, a kind of instrument to mitigate the damage done by the fact that these countries do not have a near European perspective.

What is intriguing is the reasoning behind these three leaders launching an initiative that is overlapping with the Berlin Process, CEFTA, meaning the Stability Pact. Does this initiative bring something new?

The basic conceptual difference when it comes to the market opening between the EU and the OB is that the OB is, simply put, the opening of a market without EU standards. So recent statements of German Chancellor Scholz, who revitalized the Berlin Process and other regional initiatives, visibly omitting the Open Balkans, are encouraging in that they send the message that preparations for the EU are not done by bypassing EU standards. The OB envisages delaying / avoiding the application of EU standards, and is based on status quo, everyone acknowledging the current situation.

On the basis of adopted OB agreements, the issue of EU standards is most visible in the example of phytosanitary regulations. This is a problem for Montenegro, which has adopted over 5,000 EU regulations in this area, and has committed to apply EU standards, but it’s not the case for Serbia, Macedonia, and Albania, which have not yet started negotiations in this area. The OB now requests that these rules not apply to OB signatory countries. A similar approach is expected in other areas.

If the tragedy in Ukraine had not happened, Montenegro would have had the same European perspective as the other Western Balkan countries, meaning the continuation of decades-long EU accession. The situation has changed, and Montenegro has a real chance to become a full member of the European Union in the next 5-6 years. Therefore, there is no dilemma for Montenegro between the EU and the OB, because there is currently no doubt on whether fast EU membership can be expected.

For the first time, EU membership depends predominantly on us, on domestic political elites, state bodies, those who make up 3/5 of the members of parliament. All of our Western partners see Montenegro’s EU membership as a priority. However, if the government does not fulfil those obligations by the end of this month, ie next month (July), we may lose the chance to obtain final benchmarks. And instead of the EU here we are, back to the Balkans, as Open as they may be, in the company of unsuccessful EU applicants.