The right in Europe is a political factor, but the right in the majority of the Balkan region is the result of targeted chaos that complements the decline of society and profits the insatiable – all this aligning with outside interests. 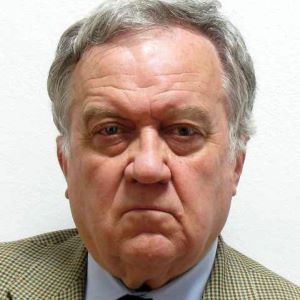 Neither the European right nor its influence in the Balkans can be talked about in common, generalised categories nowadays. “Ukraine” and various players in that game have already fundamentally changed the global situation and many of the narratives which were valid until recently.

Sixteen European populist parties were in favour of “reforming Europe” last year: returning to common tradition and values, respecting the culture and history of European countries, European Judeo-Christian heritage, etc. There is an unquestionable agreement against refugees, especially those from Islamic countries, ultranationalism, cultural conservatism and opposition to the European Union… But Putin, towards whom the majority was inclined, is now “guilty” of making apparent the, until recently clandestine, tendency of the right to soften towards official state policies, especially ahead of elections. All this now suits many within the EU.

Yet, policies of the European right are largely not to be used as a model for analyzing right-wing forces in the Balkans. Neither transparently organizational, nor content-wise in policies, in parliaments and even the public, nor when it comes to motives or the sources on which they feed. The right in the states of the former Yugoslavia was born through retroactive ideological legalization of old policies, ideas and sentiments of those who were defeated in World War II and then of those born in completely new political climates after the wars of the 1990s.

Bosnia and Herzegovina particularly, an old society historically raised as a mixture on all grounds, has been purposefully destroyed. The permanent production of hatred, fear and ultranationalism then became a profitable project for the ruling elite, both among the “peasant right” and a significant part of the “limp left”, as Žižek would say.

The so-called “right” in BiH, in fact, is maintained by lawlessness, primitivism, arrogance, a sense of inviolability multiplied by a shattered and corrupt judiciary. Add to this the silence of the so-called  international community, completely intoxicated by the need to maintain the status quo – for BiH being irrelevant to them, as well as for new geostrategic planetary dramas.

Recently, Slovenia has been the only one to suddenly make an electoral step away from the right. With its nostalgically right-wing and mild left-wing narratives, Croatia has entered the European “don’t make waves” family. In Serbia, three right-wing, populist parties won majority of parliamentary seats, all sharing an almost common platform.

The “right” platform in BiH, Macedonia, Montenegro and Kosovo is mostly founded, alongside classical and organized hooliganism, on ultranationalism and chauvinism. It is growing stronger every day, having virtually nothing to do with the strengthening or weakening of the political right in Europe. Apart from, of course, general world trends that blindly push pure profiteering interests to the forefront, openly mocking what once was respect for the international order and law, principles, systems, humanism etc.

To conclude: The right in Europe is a political factor, but the right in the majority of the Balkan region is the result of targeted chaos that complements the decline of society and profits the insatiable – all this aligning with outside interests. That is why the two right-wings almost don’t intersect, both in terms of source or content. The framework for coming to power for the former is, after all, through a system and policies, and with the majority of the latter the framework is chaos and disrespect for any sensical policy. This is visible at every step of the way.

Zlatko Dizdarevic, journalist and diplomat; former editor of Sarajevo’s “Oslobodjenje” and the weekly magazines “Svijet” and “Nedjelja”; a longtime correspondent from the Middle East