BiH peace today can be defined as ‘peacetime warfare’ with an uncertain conclusion. Political events in neighbouring countries have fundamentally damaged, and remain permanently important to, Bosnia and Herzegovina. 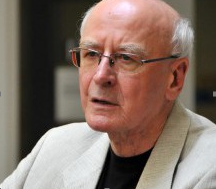 The word peace has been worn out in Bosnia and Herzegovina, it leaves you indifferent. As the postwar period progressed, peace lost its desired characteristics: deep relief, sobering and stimulating (self) questioning, hope for a better tomorrow, an awakening of all kinds of enthusiasm, cultural momentum, gradual renewal of social ties and a society of mutual understanding…

This couldn’t have been the case because of the nature of the war and the still-existing destructive policies. The peace agreement acknowledged war pretensions and its effects. The BiH Constitution is undemocratic, anti-Bosnian even. The legal-political system enabled the rule of three ethno-kleptocracies and energised ideas which prompted our neighbours to come after the independent BiH state.

International Day of Peace in Bosnia and Herzegovina will be marked by reflections on the war.

BiH peace today can be defined as ‘peacetime warfare’ with an uncertain conclusion. Political events in neighbouring countries have fundamentally damaged, and remain permanently important to, Bosnia and Herzegovina.

The three neighbouring countries have an infinitely more favourable position within the international community – their constitutions allow for effective governance. Montenegro is on the cusp, but the West is already too involved.

Bosnia and Herzegovina is by far the greatest war victim, and this is the case in the post-war period too. The eighth High Representative has arrived during a severe institutional and political crisis; this is very telling of the success of the international mission in BiH.

The West tolerates Belgrade and Zagreb’s invasive policies in BiH. Republika Srpska and the space ruled by HDZBiH are more and more involved with Serbia and Croatia – ideologically, politically, economically, culturally, educationally, and even in intelligence and media.

Milorad Dodik says: ‘I don’t love Bosnia and Herzegovina, I love Republika Srpska and Serbia’. His strategic partner, Dragan Covic, says ‘If there is no legitimate representation of all peoples, there is no BiH’.

Among those who swear allegiance to the BiH state, and are co-responsible for the devastating situation in the country, the Party of Democratic Action, the Party for BiH and the Social Democratic Party stand out.

For the SDA, it was most important to constitute a party which would function as a corporation that uses power, natural, public, and human resources to establish, consolidate, and protect status; this was a concern more primary than state interests. Along with the SNSD and HDZBiH, the SDA feudalized the country on a clientelistic-corruption-nepotistic basis.

Haris Silajdžić and his SzBiH committed a grave political crime by preventing constitutional reform in April 2006, which would have implied a structure of one president and two vice presidents of the state, all elected in parliament. At the time, only the direct choice suited the popular Silajdžić.

The April package would  have strengthened the roles of the BiH Parliament and Council of Ministers, led by the Prime Minister. The authority of the House of Peoples would have been reduced to the protection of vital national interests. With the European clause, BiH would have strengthened its commitment to the EU, and had easier decision-making processes to achieve this. The decisions of the High Representatives would have been included in the BiH Constitution. RS parties were in favour. Dodik will later say that RS needs to erect a monument to Silajdzic.

The Americans, who initiated the process, were outraged. US and EU engagement has weakened significantly; political and social downfall began.

SDP is responsible as the transformed successor of SKBiH and therefore as the bearer of state-building continuity. The SDP has been dealing with itself for years and enjoying the comfort of the opposition.

That is why there is no such thing as ‘BiH politics’ or a strong multi-party bloc to lead it.

And so, the state of Bosnia and Herzegovina is a country in waiting. Waiting for itself.