Young people in Montenegro who reach a certain political position from which they could have concrete political influence prefer to direct their efforts towards the realization of “old” politics, i.e. party and personal interests, instead of working towards improving the position of young people. 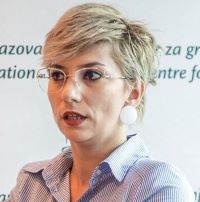 Young people in Montenegro are not a demographic category in the decision makers’ focus, but they don’t show enough determination to impose themselves either. Research by the Center for Civic Education (CCE) indicates that seven out of ten citizens of Montenegro believe that the position of young people is bad, however, young people still prefer to passively wait for change instead of initiating it themselves. A basis for this is also the absence of a tradition of student and other youth protests, as well as failures of those undertakings when they rarely did take place. It is worth remembering that a large student protest ten years ago actually ended with a “buying” of certain student protest leaders by the political structures, but also with others giving up on the fight.

In the last few years, the potential for radicalization and extremism of young people has also increased, which is accompanied by increasingly frequent violence as a way of resolving conflict among young people.

The educational system, which should encourage critical reflection and activism, has been thoroughly destroyed, which results in the fact that despite having good grades, young people leave schools and colleges with a rather modest knowledge quality. This goes against them when they reach the labor market, and consequently prolongs their housing and economic dependence on their parents. The young people who stay in Montenegro often express an acute passivity when it comes to social and political engagement. Volunteering is not attractive to them either, which can be understood to an extent as it is mostly unpaid and many have certain living expenses, but we do forgot that volunteering also means gaining experience, which is important for better employability.

Young people are aware that voting in elections is important, so a significant percentage of them do vote, yet at the same time they have the least institutional trust in political parties. A part of the reason is the way in which political parties treat young people, i.e. declarative commitment to their issues and the (mis)use of young people as a resource in election campaigns, while in practice there is no addressing of the problems and challenges that young people actually face, which further pushes them to social and political margins.

It is interesting that the current Parliament of Montenegro has about 8% of young MPs, but problems of young people are not on the parliamentary agenda or in digressions of the debates. It also seems like young people in Montenegro who reach a certain political position from which they could have concrete political influence prefer to direct their efforts towards the realization of “old” politics, i.e. party and personal interests, instead of working towards improving the position of young people. That’s why neither the political parties’ youths nor student representative bodies have almost any influence on creating a better environment for young people. The syndrome of  young, but old is seen in young people who have chosen to stay in Montenegro, while the other part greatly contributes to the socio-economic development of other societies and certainly do not plan to return to Montenegro.

An added fact to this complex framework is that 50% of young people want to leave Montenegro, and there is no systemic response to this clearly identified desire of young people to leave the country, while the problem of the so-called brain drain is already a red alarm. We cannot blame young people for wanting better opportunities and a better standard of living, because if their own country does not give them these opportunities, it is expected that they would look for them elsewhere. Yet we have to ask ourselves: where does that leave us as a society – in between those who would not take any action, and those who would leave at the first opportunity?

It’s time to start thinking about this, and for all of us to work towards making this society a better one for young people, to feel it as their own, one worth fighting for, one that can give them chances to realize their potential. It is up to young people to create a future for themselves, and that future can be a better one for all of us if they create it in their own country.