Vuk Lajovic, Budva: A tale of a hero and antiheroes

Home|Vicinities chronicles|Vuk Lajovic, Budva: A tale of a hero and antiheroes

Vuk Lajovic, Budva: A tale of a hero and antiheroes

Tomo Luketic, benefactor from Budva, left large property to society, and his testamentary will was never carried out. A sad story about the humane gesture of a benefactor captures the story of Budva itself… 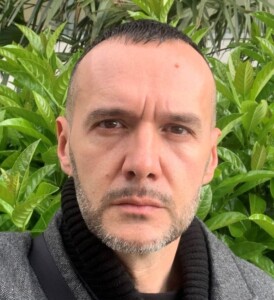 The story about the legacy of Budva’s greatest benefactor, Toma Luketic, is unfortunately a story about human greed, injustice, disrespect, and pillaging; it is a story which, almost a century since the death of the man and his humane gesture, still has no happy ending.

More than 40,000 square meters of land in the very center of Budva that Tomo left behind are almost completely usurped today, and ‘construction vultures’ are still lurking for the remainder of the attractive parcels which miraculously escaped the urban fever.

Once the wealthiest man in Budva, who had no children with his wife Stanica, left a will, which was read after his death in 1927, clearly stating: ‘After the death of my wife Stana, I wish for all my property to be used to establish a foundation titled ‘Toma an his wife Stana’s Foundation for the education of children from Budva and Pastrovici’.

A sad story about the humane gesture of a benefactor, captures the story of Budva itself…

According to the descendant of the Luketic family, Dr Miroslav Miro Luketic – historian, writer, publicist, and bibliographer – Tomo was born on the island of Sveti Stefan in 1864.

He had an older brother, Ilija, and they both went to America early on. They settled in Mexico, where they engaged in agriculture and trade, had orange plantations and food stores. Working together, Tomo and Ilija acquired a lot of property and earned a lot of money. Ilija fell ill and died in America, and Tomo returned to his homeland with his wife Stana, settling in Budva. He built a very nice house and bought about 40,000 square feet of arable land.

Tomo founded the first savings bank in Budva, was actively involved in politics, and belonged to the circle of prominent patriots of the time; he was a great benefactor of the Church, and helped build many. He died in Budva in 1927, and was officiated by nine priests; he left a will in which he left his property to his wife, with the obligation for the ‘Tomo Mirov Luketic an his wife Stanica’s Foundation for the education of children from Budva and Pastrovici’ to be established after her passing.

Unfortunately, his plan was never realised.

The large villa that Tomo built just 50 meters from Budva’s Old Town, once one of the most beautiful buildings, was partially destroyed in the 1979 earthquake, after which it was torn down for no apparent reason, although its restoration was planned.

The large land complex, divided into 70 plots from the old town marina to the Adriatic Highway has been taken. 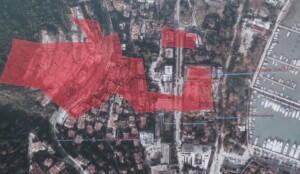 Some thirty houses and buildings have been built, and the rest of the land has been taken by the Budva Municipality.

Construction doesn’t seem to be slowing down, and the remaining free part of the Foundation land is targeted by new construction ventures. Decades have come and gone, but none of the municipal authorities formed the Foundation.

Toma’s descendants, his brother’s children, have been fighting legal battles for years to protect their property from usurpation. The Foundation was formed, however, their calls to the state of Montenegro to carry out the testamentary will of Budva’s largest benefactor and return the entire property which has been illegally appropriated by the Budva Municipality three decades ago, remain unanswered.

Toma’s property, in accordance with his will and testament, was registered with the Foundation in Budva’s Cadastre until 1991, when it was magically transferred to the Budva city administration.

This local hero’s wish to stipend children from Pastrovici with the funds from his legacy unfortunately remains unfulfilled.

Vuk Lajovic is a journalist, living and working in Budva