Both Mira and Djordje were recognised as figures of reconciliation in ethnic conflicts, conflicts which continue to smoulder even thirty years after the last war, and always flare up. 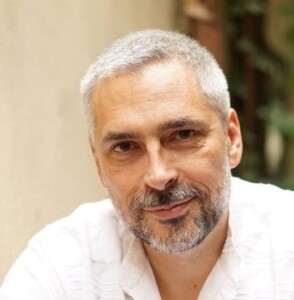 The recent departure of two famous personalities of former Yugoslavia, Mira Furlan and Djordje Balasevic from our earthly dimension, provoked emotional responses on both sides, the Serb and Croat. This, of course, spread throughout our former national space, which today we often refer to with an elusive definition – The Region. Both Mira and Djordje were recognised as figures of reconciliation in ethnic conflicts, conflicts which continue to smoulder even thirty years after the last war, and always flare up. about those dates that remind one or the other of what happened. , providing no vision at all of what might be in the future. There are dates which remind one side or the other of what happened in the past, without offering a vision of what might happen in the future.

The question is whether people like Mira and Djordje contribute to this fabled reconciliation at all, whatever it may actually be? The existence of such people has unquestionably brought hope throughout the years, but what happens now, when they are gone? Let us go back to the emotional reactions to the two artists’ deaths, which happened shortly one after another, and ask ourselves whether reconciliation between the deeply divided is even possible during a time like that? We all know examples of brothers reconciling over their parents’ grave, but if it is only an emotional moment, and if the handshake was not preceded by a serious thought process which must inevitably include forgiveness, there will be no reconciliation at the very end of it.

Celebrity deaths are similar. When loved personalities pass away, a part of our lives, youth, and memories die with them. We then inevitably regret after all the moments we’ve experienced, ones which will never happen again. For a moment, this brings us closer to others who, in the same way, are experiencing the departure of the famous people we loved together. Different people, however, identify and relate to different works of an artist in pursuit of universal values, in completely different ways. The same verse or poem by Djordje Balasevic can mean something completely different to me or to you, and it can also be recognised and loved differently by different collectives – for example Croats or, on the other hand, Serbs.

This process of relating is always conditioned by various cultural and identity determinants, on the basis of which completely different paradigms can be set. Or quite similar, yet incompatible paradigms. Let us take two of the most general determinants, Orthodoxy and Catholicism, as an example. Simply put, Djole had such poetic breadth almost everyone could find something for themselves in his work, recognise themselves in that which they’ve found, and remain attached to that emotion. This, without necessarily reconciling with the Other, because that division was not caused by Balašević, or Mira Furlan, but something completely different. Many are no longer even sure of the cause.

Branimir Stulic, another deeply reconciliatory persona from our vicinity, who is still alive, though it’s as if he wasn’t as he’s distanced himself from our so-called Region, wrote these lyrics long ago:

There is too much of it around here