The media? Funding? Control? Welcome to the age in which social networks issue a ban on public typing on a phone keyboard to none other than the American President. 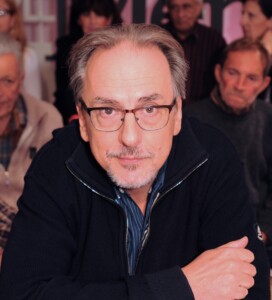 We should all agree on one thing: the media no longer exist. At least not what we’ve previously considered to be media. Let’s call the Orthodox priest, the Catholic priest, the Imam, or whoever is in charge of the work between atonement and forgiveness of sins – the “media” and ourselves need to finally part ways forever. The fresh grave will be levelled by a digital age shovel

Nostalgia lovers will be fond of the memory of the most alternative, and at the same time the best, media gatherings in Belgrade “back then” which took place in front of the entrance to the underground passage on Terazije; the city epicenter, around 10-11 p.m. Drivers for ministers and directors, embassy spies, retired and working journalists, dissidents, revolutionaries, Secret Service workers, though mostly public workers… All of those people gathered to wait for tomorrow’s newspaper, the morning edition. There to either read them – freshly printed – right on the spot, or take them “where they need”.  And they were always needed.

Now, the passer-bys are the vaccinated, anti-vaxxers, or vaccine-neutrals, with mobile phones in their hands and their eyes fixed on the screens of the said devices. And I guess there is no more newspaper “stand” either. We’re in the middle of an epidemic, and no one needs printed newspapers anymore. The front pages of tomorrow’s newspapers are old news portal content, and almost everything else will be published in the electronic version of the print anyway. For those who have either the time or the energy to do any reading.

No one has either of those.

Another nostalgic paragraph… In the old days of intense media drugging – the media of back then, now only formally called ‘the media’ – we’d sit in front of the TV at half past six, at the latest. So when the first evening news show was over, the second one was watched on the other channel, the third one on the third… Heavier addicts ended their daily “fix” even with national news at half past seven. And the heaviest drug addicts could watch a political analysts talk for another hour from 8pm onwards: three guys annoying the falsely impressed presenter with their opinions about the Current Situation. Some of them even received secret fees. Actually, quite a few did.

And now? An employee preaches his political “beliefs” on screen, and we’re ironing, fixing our glasses, scrolling through social media…Television has become the radio, which it stops being only if we happen to be on Netflix, HBO, or watching sports. Meaning, where there are no commercial blocks slipped between the most common questions – “what we were watching again” and “give me that remote, this is unbearable.”

The media? Well, Slavica is a medium. Slavica has a profile on social media and she shares pictures of her relatives and pets, gets angry at the Crisis Committee, and even takes selfies. Mirko is also a medium, he likes Slavica’s selfies, cheers for his Beloved Club, spits on those who don’t love the same as him. And so you’ve got billions of mediums globally, on the daily – some more and some less intelligent. They sometimes carry in waves the news that Meghan didn’t google Harry when she first met him, so she didn’t know he was a prince. Come on.

The media? Funding? Control? Welcome to the age in which social networks issue a ban on public typing on a phone keyboard to none other than the American President who, at that time, still had the nuclear codes. You can blow up Moscow and Beijing with a “mushroom”, but Slavica and Mirko will not retweet you. And that basically means that you will only exist where no one cares. In the media. Pardon me, in the “media”. Which have not been that for a long time, except for to serve the needs of politics, which – in our vicinity and beyond – is trying to keep the spectacle of something long gone alive. It’s keeping all those who are still going to put a piece of paper in a cardboard box, whether they do it out of old age or personal interest, in a voting trance. This the midst of an electronic age.

Welcome to the post-media twenty-first century.