A long-standing atmosphere has been created implying that  there is no sports prosperity without political support – more precisely, without support from the government. 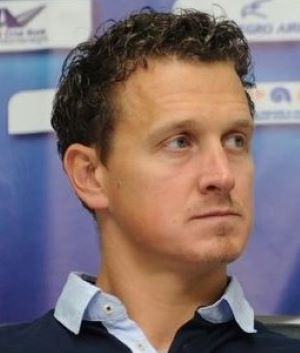 Sport and politics have been linked for years, even decades, in our vicnity. Mostly and unfortunately not because athletes wanted this, or have been aware of it, but because sport is one of the instruments in the hands of political officials and powerful people, those who have enough experience to know to use every chance to increase their ratings, image, or power.

A long-standing atmosphere has been created implying that  there is no sports prosperity without political support – more precisely, without support from the government. Politics has skilfully used sporting successes to promote itself and to form the narrative that without the help and support of certain political structures, those results would not have happened. On the other hand, sports organizations often accept these notions, fearing that their status could change (for worse) if they were to challenge the perception.

I have never been a part of this narrative, and when I look at it from a distance and with this experience, I am glad and proud of it. Even if I did have certain political beliefs or ideologies, I would not have promoted them, because I think that as a society we are not mature enough – and I don’t know when we will be – to distinguish opinion and attitude from personal and collective benefit or connection with any political party or grouping.

In more developed countries, it is completely common for athletes to participate in political and social life, without being perceived as members or sympathizers of any political bloc, nor as performing these activities in order to gain benefits, whether in their personal or athletic lives.

In our country, and in the vicinity at large, we sometimes forget that athletes are, above all, just people, and that they too can have their own opinion and the right to express it. I do not see anything controversial in this, if the messages are sent out from a place of genuine conviction.

I’m not sure, though, that athletes’ messages or support to a political group really affect its growth in ratings or popularity, but I have no dilemma that it improves the image and is used in that way in political campaigns. Unlike our region, where athletes and other public figures are mostly just  “ornaments”, I am absolutely sure that athletes like, say, LeBron James or Novak Djokovic, can very well influence the formation of public opinion, because it is clear that their views do not have a “hidden agenda”, but are sincere and represent the values they truly stand for.

On the other hand, I believe that sports in our region represent a strong connective tissue and an “instrument” for rapprochement. It has been like that for 30 years, and I know that from the experience I gained in my sport (water polo). We have never ever experienced divisions of any kind, except, of course, in competition and sports. The relationships were always at least civil, and more than that. Just think of the hug of the selector of Serbia Savic and Croatian Tucko after a big final, so honest and friendly, speaking in favor of that.

I also think that this is the case in all sports, that there is a healthy rivalry on the fields, which is the essence of the sport, and  there is respect among the participants. We are aware that the masses of fans, especially the users of social media, experience sports rivalry in a different way but unfortunately, we cannot influence that to the extent we want. It is, after all, a perception created by other people, much more powerful than ourselves.