Government representatives have suspended the journalists’ main tool a long time ago – the question. A question became the most subversive of activities. 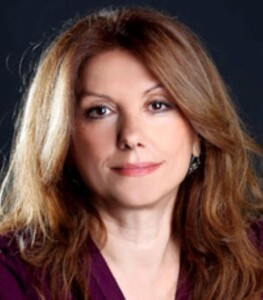 Every year Serbia falls further and further down the world rankings of media freedom, and this is no longer news. Unfortunately, we’ve begun to accept these rankings with an insufferable level of indifference. We’ve grown accustomed to the narrow space of freedom, and the empty space where we ought to have debate, critical thinking, and diverse opinions. A space where the media should help establish and nurture accountability. Serbian media has been socialised in an atmosphere of vassalage and servitude. Every spurt of freedom of the few mediums which aren’t yet under the control of our current regime are considered – incidents. Most media, unfortunately, feel safe only in close proximity to the government, which they’re financially dependent on. In return, the government instrumentalises them to exhaustion.

Serbian media haven’t managed to fight for regulated ownership, or transparent business practices, or their journalists’ material status. Precarious work has made everyone easily replaceable, which made everyone very obedient. The pressure to increase circulation and the sensationalism tsunami have eroded professional standards, turning many media houses into political, police, and even criminal delivery services where anonymous sources became most prominent and unquestionable; this results in violations of human rights and dignity, and the destruction of professional and human reputations.

Unfortunately laws, codices, and strategies cannot prevent Serbian media from being the main stanchions of authoritarian regime, as well as simultaneously being cudgels with which to beat anyone who’d try to threaten it. Regime media became weaponry for the special war of politicians and secret services, therefore threatening the mere possibility of democratic development of our society. A decent country cannot be build upon brutalisation of public space, where the media plays a significant role. Here lies the paradox and absurdity of this country’s democratic transition.

This sort of media are expected to be an active factor in changing the atmosphere in society, to encourage dialogue in discourse – yet they themselves are obedient, and on a tight leash by their owners and political parties they serve. Plus, there’s a new invention – the obedient attacking professional media. Critical media, their editors and owners often end up on the front pages of tabloids, with photos as arrest warrants, and a lot of fake news that discredits their private and professional reputation.

And that is why it is no longer news that 92 percent of the central news time is dedicated to the ruling parties and their actors, and only eight percent to all others, who are mostly presented negatively.

Government representatives have suspended the journalists’ main tool a long time ago – the question. A question became the most subversive of activities.

Its attributed with hidden meanings, bad intentions, and serious conspiratorial ambitions, behind which stand homegrown tycoons or foreign potentes who are looking to overthrow none less than the President. That is why for years the media which isn’t controlled by the government have failed to host and interview almost any government representative.

This is the frame for the picture of media in Serbia, a country often described in the world as ‘partially free’ or a ‘façade democracy’. It is an atmosphere in which any threads linking ethics and journalism have been severed, and political pressures dominate. And in which, despite the circumstances, rare media still maintain professional standards and nurture responsible journalism.