Vasilika Hysi, Tirana: Experiences between battles won and the ones lost

Home|Vicinities chronicles|Vasilika Hysi, Tirana: Experiences between battles won and the ones lost

Vasilika Hysi, Tirana: Experiences between battles won and the ones lost

Woman in politics, even in areas such as, economics, health, education, infrastructure, agriculture or tourism, assess from a more human point of view thelegal initiatives, actions or innovation and focus on caring for the social categories in need. 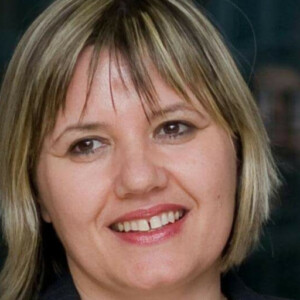 Moreover, in my opinion, women are more successful than perceived by the public.  Because they are serious, work with passion and devotion, they get engaged in issues related not only to women and girls, but to any group that is in a weaker position in society. A woman in politics, even in areas such as, economics, health, education, infrastructure, agriculture or tourism, assesses from a more human point of view the legal initiatives, actions or innovation and focuses on caring for the social categories in need.

I have come to this conclusion by analysing the engagement of women in parliament, government and local government level.  According to an independent evaluation of the work of each member of parliament in the Albanian parliament, conducted by the Institute of Political Studies in 2019, women MPs are more active than men MPs.

Thanks to the commitment of women MPs, nowadays the Albanian parliament is more sensitive regarding the gender issues; a work program for a gender-sensitive parliament was adopted in 2020.    Only during the IX legislature, which is about to finish, 17 gender-based laws have been adopted.

Engaging in politics in Albania is not easy, especially for women.     For a part of the public, politicians are corrupt and incompetent, people who benefit high salaries and do not do good jobs for the people. This perception hurts many people of integrity and professionalism who may have left behind a successful career in their field of expertise and have decided to contribute to politics, wholeheartedly, with integrity and professionalism, may be not preserving the balance between family life, private life and professional one, on one hand and engagement in politics, on the other.

Women are not yet estimated properly.    The issue is not the number of women engaged in politics but the quality and real appreciation of their role.    Perceptions of women in politics continues to be different from the one of men in politics.  Society assesses women more critically, especially women in politics. According to a survey conducted by the Institute of Political Studies in 2020, 42 percent of citizens are critical of the role of women MPs regarding the quality of representation, compared to 21 percent who evaluate them positively.

Women in politics face many challenges, ranging from the fact that engaging in politics takes a lot of time due to the lack of staff and support that woman have; calling them names and presenting them in the media often in a denigrating form, focusing on the way they dress rather than on what they represent in reality and the contribution they make.

More than half of the women MPs surveyed in 2019 stated that, during the electoral campaign they feel discriminated, both in terms of political rhetoric and regarding the financial means.

However, the environment for women in politics has improved compared to the one years ago. Women are supporting each other more than they used to.     I would encourage any woman or girl to get involved in politics, to fight to do good things for the society, not to give up even when they encounter difficulties.      Despite prejudices against women, women and girls must fight for themselves and the society. Society and politics need the contribution of women with integrity, professionalism and commitment and it seems that the struggle of women for equality, for a society without discrimination will continue for some more time in our society.