Uranija Pirovska, Skopje: An epitaph, rather than a legal epilogue

Uranija Pirovska, Skopje: An epitaph, rather than a legal epilogue

Even when women cease to be silent, when they organize themselves in solidarity in order to protect themselves and launch actions to change consciousness, there is always a lack of a real conclusion, which would result in social change. 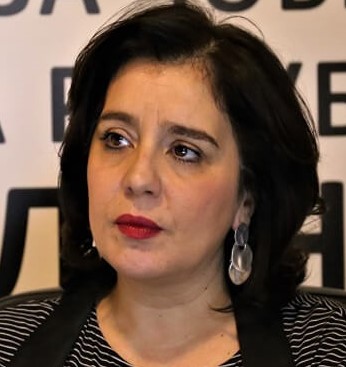 Violence culminates during war time and seems to end with the lowering of arms, but the culture of violence, especially against women in this area, is constant even in peacetime. In addition to extreme forms such as femicide and rape, this misogynistic culture has found a wide field of manifestation in recent years through digital tools. Molestation and harassment, which, at their core, are based on hatred of women, are cause of an unequal and daily struggle of thousands of women.

Although we have always been far from being ‘Scandinavians’, it is more than legitimate to ask: why women in our societies, in which they have been given the right to vote and participate in public life (even earlier than in some far more developed countries), still face backward, violent and dehumanizing treatment. Young women and girls, wives, mothers, sisters, colleagues. How can it still be common for one half of human potential to be treated as less valuable than the male half?

The answer is undoubtedly complex, as is the problem. The transition in our region was accompanied by armed conflicts, bloodshed and the resurrection of monstrous ideologies that have no tolerance for the “others”, the different, and the more vulnerable. On the fresh wounds of war, the role of religions, and thus of conservative politics in general, was easily strengthened. Under such conditions, the emergence of anti-gender movements on a global scale easily reached its local representatives and advocates of retrograde ideas in political life as well. Finally, as a consequence of all this, but at the same time as an additional reason for fostering the degrading treatment of women is the inaction of state institutions in cases of gender-based violence.

The unprofessional attitude of the law enforcement authorities, deprived of any sensitization on these issues, contributed to the creation of a practice of impunity, an atmosphere in which victims are afraid to report further victimization, as well as a legal situation in which despite the adoption of progressive policies such as the Istanbul Convention, the situation on the ground is changing slowly or not at all from the status quo in which women’s lives, but also women’s physical and mental integrity are less valued.

All in all, it would not be an exaggeration to say that violence against women in the Balkans more often ends with an epitaph, rather than a legal epilogue. This is because the state would rather torture the victim of violence, relativizing what she has experienced and survived, than sanction the perpetrator. Even when women cease to be silent, when they organize themselves in solidarity in order to protect themselves and launch actions to change consciousness, there is always a lack of a real conclusion, which would result in social change. The regional reaction of the activists regarding the cases of sexual harassment on the Internet through groups on the Telegram platform (Public Room 1 and 2, Balkan room, Gevgelija Hub, Serbian Room, Fig, and others) once attracted the attention of the public throughout the Balkans, but criminal proceedings are initiated only for a small number of perpetrators. Those responsible before the law were prosecuted only for ‘production and distribution of child pornography’, while adult victims remain without protection and justice. The treatment received by women and girls in the region, who were encouraged to report sexual violence under the hashtag ‘IHaveNotReported’, is similar. If the victim is then ignored or attacked more than the perpetrator, then how is she supposed to find the will and strength to come out, to report him, to fight?

A better world is possible only when we begin to truly address all forms of violence, including ingrained worldviews, according to which not only does gender equality not exist, but relationships of superiority are manifested in outbursts of violence and harassment. Cultural change does not happen overnight, but it can only be truly accelerated by changes in institutions and in the way hate-induced violence is treated and sanctioned. That is why women’s movements, in addition to strengthening their resistance to conservatism and patriarchy as their natural enemy, in addition to their constant efforts to change the consciousness of their communities, must be extremely persistent and consistent in their struggle for democratization and sensitization of the institutions and for full legal, economic and social protection.