These days, as well as in recent years, Montenegro has been shaken up by wiretapping scandals, which indicate weak control mechanisms, but also a lack of accountability for obvious abuses by the National Security Agency. 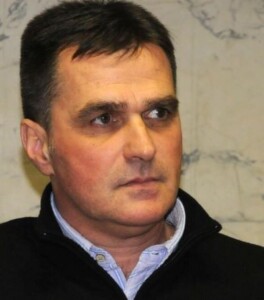 These days, Montenegro is shaken by the discovery of wiretapping devices in the offices of the Special State Prosecutor, which the suspect, the former head of the National Security Agency, Dejan Perunicic, admitted were installed during his mandate.

The public is looking for and expecting answers to the question – whose orders where these, and who did the then head of the Security Agency work for, because the explanation that the Agency wiretapped the special prosecutor ‘for its own needs’ and for their internal analysis, seems beyond naive.

All this happened only a few days after the former head of the Montenegrin counterintelligence service within the ANB, Luka Bulatovic, committed suicide, leaving a message that ‘he didn’t know many things he had to have known’. That is why the possible connection between the wiretapping case and the suicide of a high-ranking ANB agent is under investigation,

After last year’s change of government and the new structure taking over the security system from the hands of the Democratic Party of Socialists, another big affair has resurfaced, which has been shrouded in mystery for years: where the wiretapping device called ‘the jaguar’ disappeared to and whose hands it is in now.

It is speculated that ‘the jaguar’ system could now be in the hands of parallel security structures that the DPS is trying to establish, not accepting defeat even after three decades of ruling over Montenegro.

‘The jaguar’ was once owned by the former army of the state union of Serbia and Montenegro. The only fact that is known is that the system was used by the Fifth Military Intelligence Center, based in Podgorica.

Ever since the question of its disappearance was raised, the ruling circles at the time have tried to relativize its value and usefulness due to its alleged obsolescence.

A well-informed source claims, however, that no matter how many new generations of wiretapping devices have appeared in the meantime, ‘the jaguar’ remains competitive. ‘The jaguar’ arrived in Montenegro from Croatia at the beginning of the war in the 1990s, parallel to the disintegration of the former Yugoslav People’s Army. After the withdrawal of the Yugoslav army, he was transferred to Podgorica and placed in the corps command. The SCG army then used it to follow anyone who was deemed a person of interest. ‘The jaguar’ was in Podgorica until the referendum on independence. A well-informed interlocutor believes that the device has certainly not left the territory of Montenegro.

The ‘jaguar’ wiretapping system can monitor five thousand telephone conversations per minute from a distance of up to a hundred kilometers. It can capture all wired and wireless telephone communication, radio connections, stations and systems, and it decodes the telephone very successfully. This device can locate the person being monitored within a five meter radius.

Wiretapping scandals in Montenegro were brought to boil eight years ago, and we can no longer tell who is monitoring whom.

It all started with the ‘listing’ affair, when the public learned that runaway drug lord Darko Šarić and the then ministers of finance and foreign affairs were allegedly in contact over the phone.

The listings of conversations of the fugitive head of the Balkan mafia, Naser Kelmendi, with high-ranking politicians and officials of the Montenegrin ANB continued. Foreign diplomats were also monitored and eavesdropped, especially those from NATO member countries.

Earlier this year it was revealed that the ANB illegally wiretapped independent intellectuals and journalists of independent media, which is why criminal charges were filed against the dismissed director of the ANB, Dejan Perunicic, and his associates.

The latest scandals in Montenegro have only fueled fears and suspicions that in Montenegro, in addition to official security services and strict legal procedures, practically anyone can brutally trample on human rights and monitor anyone who is ‘unsuitable’ without any control or accountability.