While Montenegrin public prosecutors and police officials demonstrated unparalleled efficiency in prosecuting those who were breaching the recommended pandemic measures, their response to domestic violence was nowhere nearly as effective. 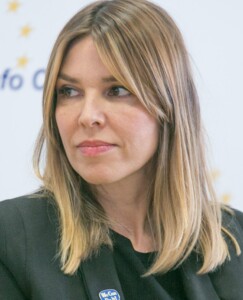 As early as April this year, one month into the public health measures in Montenegro, women’s protection non-governmental organisations have seen a 20-30% rise in the number of reported cases of violence compared to the pre-Corona period.

The number of police reports did not increase by much, however, which is a clear indicator of a lack of trust in public institutions, as well as the importance of confidential specialized services by women’s organisations, which provide support for victims of gender based violence.

One of the cases reported to the Women’s Rights Center was the result of a neighbours’ phone call after hearing noise from one of the flats next door. It was a case of domestic violence, and the victim was woman in late stages of pregnancy. The violence was witnessed by the couple’s two year old daughter, which is recognized as an extenuating circumstance by the law. However, the police officers gave the perpetrator a warning, and suggested that the woman and child leave the flat, rather than, as the law implies, remove him from the household and prosecute in court.

While Montenegrin public prosecutors and police officials demonstrated unparalleled efficiency in prosecuting those who were breaching the recommended pandemic measures, their response to domestic violence was nowhere nearly as effective. Although the government and the non-governmental sector had launched a ‘Safe at home’ campaign, sending a direct message to women not to keep quiet about violence, and that they can count on efficient police support, the Women’s Rights Center saw multiple cases where adequate officials’ support lacked. That is why the police and public prosecutors are facing demands to demonstrate the same efficiency when it comes to domestic violence as they do in the cases of breaching anti-pandemic measures.

Domestic violence and violence over women have been an invisible pandemic since long before our current crisis. UNDP’s 2017 research showed that 42% of women in Montenegro have suffered a form of violence in their lifetime, and that this human rights violation is costing Montenegro 223 million euros a year, with a progressive tendency in the years to come.

Institutions find it more difficult to recognise violence when it is not in the form physical assault, when it is manifested as control and coercion of the family member from a position of social and monetary power. Violators often use violence, intimidation, humiliation, and isolation to take away the victims’ rights to physical safety, dignity and respect. Although all forms of violence are in essence about power and control, coercive control is a strategic form of permanent oppression, which affects all aspects of the victims’ life – including their sources of support and any other resources. Very few elements of coercive control are currently considered a felony, which complicates the matter in the context of domestic violence. A common form of coercion is economic deprivation, taking away the woman’s and children’s basic needs, which is often manifested through withdrawal of alimony. The government’s inability to ensure the right to alimony is a form of structural discrimination and one of the main causes of poverty among women and children in Montenegro.

This should be a warning that our response to gender based violence and domestic violence must include an understanding and inclusion of all behavioural patterns and their long term consequences. It requires an understanding that leaving the violator and ending the relationship often does not mean the end of violence. It can continue to manifest as institutional pressure, control over the partner through family members or children, and often through false reports of violence over children. It is necessary that institutions understand these mechanisms and improve cooperation and dedication in order to hold violators accountable, and liberate thousands of women and children of the terror they are experiencing in silence, especially in the current climate of the Covid crisis.

Maja Raičević, Executive Director of the Women’s Rights Center. She works directly with women and children who have experienced gender based violence and discrimination, providing initial counseling and representation in contact with relevant institutions.