Let’s start with a slightly comical piece of evidence: there is no media in Albania that does not claim to be not only independent, but also a staunch fighter for the principles of freedom. 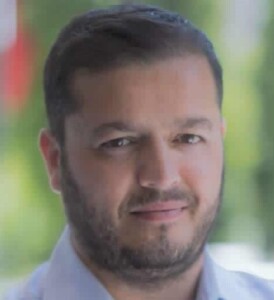 In the promotional spots that the televisions make of themselves, hymns are woven to the indisputable values of the independence on which they are founded, while carefully edited images show the newsroom in tense but extremely professional moments of meetings, a speaker who casts his last glance to his notes with preoccupation as he walks down a corridor, reporters reporting from the rubble of earthquakes or violent protests, all accompanied by the backdrop of pompous music that makes you imagine the whole craft of journalism as if it were the famous scene of the mythical confrontation between the Myrmidons and the Apollonians in the movie “Troy”.

A dozen self-praising slogans of the main portals in Albanian, have exactly independence as their main theme also.

But we must be clear. In most cases, it is simply about marketing in business terms. Since the media in Albania is overwhelmingly in the hands of businessmen who do not have the media as the direct source of their profits, persistent claims to independence and professionalism seem more like forced advertisements.

Let’s describe a fantastic situation. Let’s travel with imagination and try to imagine what an independent media in Albania should be like and how possible this is.

An independent media had to be established and maintained by professional journalists. These journalists should come not just from a career as journalists, but also from a formal education as journalists, as this would equip them with the basic writing and reporting techniques as well as the tools to properly address strong ethical challenges of our era, and at the same time they would do this job with the right love to protect from devaluation the profession they have chosen as a permanent job and not as a temporary commitment.

However, in the conditions when in Albania there is no formal education in journalism for more than a decade – as the public university has transformed this branch according to the market demands into a factory of communication experts that populate the press offices of various companies or agencies, this opportunity remains unlikely.

Second, if by independent we understand the media’s healthy distance from the factors that directly or indirectly influence its informational mission and not just informative, then it becomes clear what we are talking about: the will of professional journalists alone is not enough. A distancing of media ownership from government funding sources is also needed. In the current media landscape, at least the main media in Albania, this seems simply utopian.

Third, if the first two conditions due to some cosmic miracle are met, one last challenge remains: survival thanks only to strict professional reporting (which in many cases may seem overly prosaic) in a poorly-educated market with fictional scandals.

This sad reality pushes independent media entrepreneurs, in an effort to secure lifelong support for their initiatives, to turn them into a spectacular format within the limits of professionalism, as a kind of talent show competition.

While the market would indifferently condemn a media that simply reports everything that happens in reality and that would not report non-existent realities, while the business would be deliberately ostracized by this media, then in the face of the inevitable prospect of bankruptcy, these media choose to attract the attention of donors with unusual forms of their existence.

This also explains the fact why the only independent media with some relative success in Albania, remain those profiled in investigation, fact-checking or sporadically, information satire. The order of independent donations, alas, also works according to the market logic.

Sokol Shameti is an Albanian journalist; he is a columnist for various media in the country and at the same time has experimented with television and written formats