Reality as we know it sees women unprotected, with its misogynistic practices and patriarchal norms, and this is clearly reflected in the digital world and the patterns of behavior we observe online. 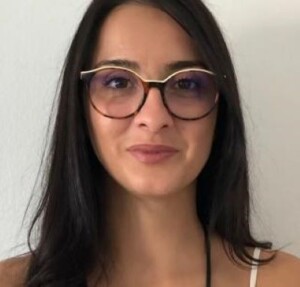 Online violence has a gender dimension, which is becoming more visible as the number of victims grows. Ahead of November 25, traditionally marked as the International Day for the Elimination of Violence against Women, it is important to talk about gender-specific challenges which women face in the digital environment, regardless of their profession.

We have been hearing for some time now that digital violence has a strong impact on freedom of speech and freedom of expression, as well as on the general psychological state of those it is aimed at. But the gender component of online violence is becoming more than obvious, and particularly now as we face the coronavirus pandemic.

Around this time last year, a photo of a female patient hospitalised at the Arena (then-center for Covid patients), appeared on social media. The patient was photographed without authorization after being admitted to the Arena, and while she was changing in order to perform the necessary medical tests. The photo of her body was shared at the speed of light, and media coverage was mostly sensationalist and inadequate. This is just one of many examples which show that no woman is spared, even when she is in hospital, and that the female body is treated as an object that belongs to everyone and to which the public has a right, even for mere entertainment. The photo can still be found on social media, and the identity of the patient was published in tabloids because, according to Kurir, the victim reached out to them directly.

BIRN’s survey states that in the period between 2016 and 2020, 263 lawsuits for unauthorized sharing of photos or videos were filed in Serbia, Montenegro and Bosnia. These resulted in 35 convictions.

In Serbia alone, between 2016 and 2019, there have been charges against 80 individuals, 18 of whom were indicted, according to publicly available data on the criminal acts of unauthorized photography. Four people were convicted. In the same time period, lawsuits were filed against 51 individuals for unauthorized publication and display of photographs and recordings of another person, out of which 22 people were indicted. Again, only four people were convicted.

Cases related to the acquisition and display of pornographic material involving minors increased from 24 to 40 in the period from 2019 to 2020, and there have been 12 more in the first three months of this year alone. The number of stalking cases also rose from 43 to 60 between 2019 and 2020, with as many as 35 cases in the first quarter of 2021.

Available data suggests that the motivation to report violence that occurs in the digital environment is low, once we consider the court epilogues. On the other hand, protection mechanisms are almost non-existent or do not work. Social networks have standard forms for reporting content that is shared without consent, but once it has been published, it is very difficult to remove this harmful content from the Internet.

Reporting on cases of assault on women is framed in language of sensationalism and rarely points to basic ethical principles of respect for victims, especially in the mainstream media. Various feminist groups are tirelessly trying to point out these problems by promoting the principles of solidarity and avoiding secondary victimization, but the institutional response is still not on the horizon.

The trend we are talking about is not Serbia specific, it also applies to other countries in the region, and cases of violations of digital rights from six countries can be found in BIRN’s regional database.

Reality as we know it sees women unprotected, with its misogynistic practices and patriarchal norms, and this is clearly reflected in the digital world and the patterns of behavior we observe online. Depending on other characteristics, women may be more or less susceptible to various forms of online violence, however, none of these characteristics mean that a woman will not become the target of gender-motivated online attacks, whether she be a doctor, journalist, housewife, activist, lawyer, prime minister, or a cashier. Societies in the region continue to try and find links between the behavior of women and the violence to which they are exposed, ignorant of the fact that the responsibility is always and only of those who perpetrate violence.