Simonida Kacarska, Skopje: The Global Peace Index – Some Lessons for the Western Balkans

Simonida Kacarska, Skopje: The Global Peace Index – Some Lessons for the Western Balkans

The Western Balkans region has two key lessons to consider in the context of building active peace in a regional context. First, EU membership helps, but will not be a guarantee of progress in active peace and the multitude of components that make up active peace. 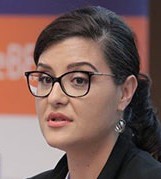 The EU’s appeal to the Western Balkans is conventionally explained by expectations of accelerated democratic and economic development. Given the recent wars and conflicts in the region, it is extremely important to look at the rapprochement with the EU from a security and reconciliation perspective. A useful tool for this analysis is the Global Peace Index, which assesses several aspects of peace, including social security, ongoing domestic and international conflicts, and the level of militarization at the state and regional level. According to the index, Europe is usually the best ranked region in the world since the introduction of the index in 2008. In the 2021 report, eight of the ten top rated countries are in Europe.

The countries of the Western Balkans are traditionally at the bottom of the index in the European context, indicating the need to work on improving all dimensions. In the past two years, North Macedonia has undoubtedly had the biggest leap in the region due to progress in the area of ​​ongoing conflicts, through resolving the name dispute with neighboring Greece. Despite the many challenges that exist, it is still appreciated that this issue in the country no longer has that much potential to create conflict. With this jump, North Macedonia is on the 40th place on the index, followed by Serbia (44), Albania (48) and Montenegro (51) in the next 10. Bosnia and Herzegovina and Kosovo rank 71st and 80th, respectively, indicating the need to bring them closer to the rest of the region.

However, if we look at the EU member states, it is clear that EU membership helps, but is not a guarantee of progress in the context of active peace. For example, Greece and France are countries that, despite their performance in other respects, are at the bottom in the European context. On the other hand, some of the member states that joined the EU in 2004, such as Slovenia, are estimated to be among the top 10 in the world.

Globally, compared to 2008 when the index was introduced, the situation has worsened significantly, with each country falling by an average of two percent. Of course, the period we are talking about is a period of global economic crisis, refugee crisis, as well as revolutions and conflicts in the Middle East that have significantly affected the deterioration worldwide. Europe is an exception to this trend as a region in which there is improvement in the given period. Certainly, the COVID-19 pandemic has a significant impact on the deteriorating situation, especially in the context of violence and demonstrations, but also its economic dimension, which will be long lasting.

From the above analysis, the Western Balkans region has two key lessons to consider in the context of building active peace in a regional context. First, EU membership helps, but will not be a guarantee of progress in active peace and the multitude of components that make up active peace. Second, if we want to improve significantly our national performance, we will all have to work to improve the general situation in the region by investing in our countries, but also in our neighbors. Resolving key contentious issues and open conflicts between states is crucial not only from a political point of view, but also as a way of influencing all related dimensions, including the economy and wider social reconciliation and development.