If the attitudes towards the European future of Albania do not have many nuances within the whole spectrum of Albanian policies, those regarding the relations of Albania and the region create differences. 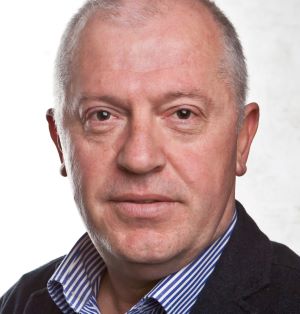 The right-wing political spectrum in Albania is composed of a large center-right party, the Democratic Party, and several small right-wing parties with little impact on Albanian politics and with a relatively poor political mindset.

In relation to the integration of Albania and the European future of the country, the right-wing parties have no other option but the official one, ie that is articulated by the governments; they are in favor of Albania’s European integration and consider the country’s membership in the European Union as important to happen as soon as possible.

The Democratic Party, which is also the largest right-wing party in the country, has the same line with left-wing parties about the European future of the country and together they represent the determination of almost 90% of Albanian citizens who see the country within the EU in a future fast, according to various surveys.

There are no Marine Le Pen-type National Front parties in Albania that articulate against common European policies, parties like Hungarian Prime Minister Fidesz, Viktor Orban who sees the EU as an option but not as a standard to be followed, or nationalist parties in Serbia, Montenegro or Bosnia, which do not see the future of their EU countries, propagandize against Brussels, NATO, and some of them have political alliances and are sponsored by the current regime in Russia, or inspired by Moscow’s Putinism.

Albania does not have such examples within Albanian politics, on the contrary the right thinks that the pace towards Albania’s European integration is slow due to left-wing governments running the country for 9 years, high level of corruption, slow reforms in economy and administration , compromising justice reform or lack of media independence.

If the attitudes towards the European future of Albania do not have many nuances within the whole spectrum of Albanian politics, those regarding the relations of Albania with the countries of the region create differences.

Right-wing parties in Albania criticize the ‘Open Balkans’, a political and economic initiative undertaken by the governments of Albania, Serbia and Northern Macedonia in 2019 but which has remained deficient because Kosovo, Montenegro and Bosnia have not joined the initiative.

The right in Albania adheres to the position that the Open Balkans supports a Serbian domination in the region and as such goes against the interests of Albania. Also, the right is for a greater rapprochement of Albania and Kosovo, but always emphasizing a union within the EU.

The Party for Justice, Integration and Unity (PJIU), a small nationalist party, seeks recognition of property for the ethnic Cam community expelled from its lands in northwestern Greece (Cameri – the Albanian name of the province) until 1945 of the last century, and the possibility of returning the Cams to their lands. But this demand they have towards the Greek state does not dilute their pro-European stance, while Greece, an EU member state, has so far denied their demands.

In general, endemic corruption in Albania has affected the political elites, regardless of whether they are in power or not. This has also led to the weakening of a political identity of proactive parties in Albania, including large parties such as the Democratic Party, the second largest country. Such a situation has blurred the ideological boundary between the left and right in the country.

Sami Neza, is a journalist and political analyst in print and television media, holds a doctorate in media, civil society activist