The European Commission report on the evaluation of the framework of the National Strategies for Roma Integration by 2020 confirms that ‘the ambition to end Roma exclusion has not been achieved.’ 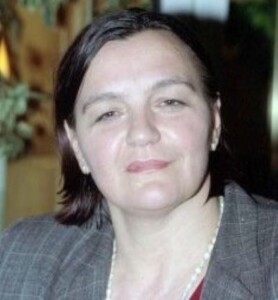 When you call someone a ‘gypsy’ in everyday language, it actually means ‘the one living in cardboard boxes, who begs, steals…’ Article 1 of the European Convention for the Protection of Human Rights and Fundamental Freedoms defines the term ‘racial discrimination’ as any distinction, exclusion, restriction or election based on race, colour, national or ethnic origin, whose purpose or result is the annulment or violation of the recognition, enjoyment or exercise, on the basis of equality, of human rights and fundamental freedoms in political, economic, social, cultural life or any other field of public life.

The way Roma are treated as the largest minority in BiH is associated with a number of stereotypes and distorted notions that often actually represent a specific form of racism towards them.

Anti-Gypsyism is a specific type of racism, an ideology based on racial superiority, a form of dehumanization and institutional racism fuelled by historical discrimination which is expressed, among other things, through violence, hate speech, exploitation, stigmatisation and the most obvious forms of discrimination.

About 12 million Roma men and women live in Europe, and according to the Ministry of Human Rights and Refugees of BiH, there are close to 40,000 Roma in our country.

Much has been done in the last decade to reduce the social exclusion of Roma in Europe and in BiH, yet structural and institutional racism remain the root causes of their exclusion.

The European Commission report on the evaluation of the framework of the National Strategies for Roma Integration by 2020 confirms that ‘the ambition to end Roma exclusion has not been achieved.’

Roma  peoples, despite being the largest minority in BiH, are the most vulnerable minority in all economic and social parameters of social inclusion. as stated in the reports of the Ministry of Human Rights and Refugees of BiH,

The overall position of Roma in BiH is assessed as more difficult than that of other minority communities, primarily due to high unemployment rates, low school enrolment rates of Roma children and low levels of adult education, poor housing and infrastructure., and insufficient coverage of health and social services. Therefore, it is clear that Roma are marginalized: economically, spatially, culturally and politically, to a greater or lesser extent.

European Parliament resolution (2020 / C449 / 01) highlighted the importance of strengthening the fight against anti-Gypsyism, its manifestations outlined in Resolution (2019/2509 (RSP), in order to encourage all European countries to fight against hate crime, online and offline hate speech, continuing to point out that there is still reason for genuine care and responsibility in countries across Europe, which we seem to lack.

BiH authorities also need a comprehensive approach with a stronger focus against anti-Roma racism, alongside four Roma inclusion goals (education, housing, employment and health); these, however, need to begin to include non-discrimination, inclusion in an environmentally sustainable digital society and creating opportunities for equal representation of Roma men and women in all spheres of life.

Mr.sci. Saliha Djuderija, lawyer, Master of Criminology and Security from the University of Sarajevo, assistant Minister of Human Rights of BiH; awarded the Human Rights Leadership Award by the King Hussein Fund in 2006