Guarantees of communication privacy must be at the foundation of any society that is democratic, or at least wants to be. This deserves constant attention, and must not be in the focus of the public only on the occasion of scandals… 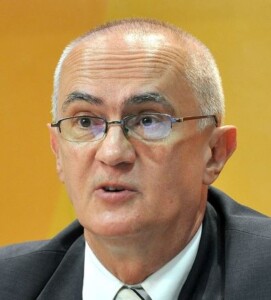 ‘Illegal wiretapping of the president has been indisputably proven, the investigation has been completed, and all evidence has been submitted to the relevant prosecutor’s office explaining the role of the all members of the Ministry of Internal Affairs (MUP) who participated in the wiretapping’, the Ministry of Internal Affairs said in early March this year.

Yet, after almost eight months, there are no indictments! And during this time, the public has not heard a single reliable piece of information, nothing concrete. Only Minister Vulin’s, to put it mildly, controversial explanation: ‘Parts of the Ministry of Internal Affairs abused their powers by asking the competent judge to wiretap some people for whom they had made a story up in advance and asked for measures to monitor their criminal activities. This was not done because they were criminals, but because they knew these people would hear from Aleksandar Vucic or some of his family members.’

How does this ‘explanation’ fit into the real context? Doesn’t it, in addition to ‘parts of the MUP’, inevitably include actors outside the MUP? So, are our judges incompetent, ignorant, and easily manipulated, or are they conscious accomplices in illegal wiretapping? Or …? Whatever the answer may be, the government owes the public a response. As well as clarity on the following – how is it possible for anyone to illegally wiretap the head of state for more than a year without the National Security Agency knowing anything about it?

But it seems like we won’t see any answers. About 10 years ago, after the President of Serbia announced that he had been wiretapped, the public was flooded with headlines such as – ‘Serbian Watergate’, ‘They were preparing a coup’, ‘The Mafia ordered the president to be monitored’. Basically, the same thing, just a different president – Nikolic and not Vucic. Despite statements about the ‘snake’s nest’, that everything ‘will have to be investigated to the end’ because ‘this is not the way to live in Serbia’, the investigation did not bring anything. MUP did pursue this case but the prosecution found no grounds for indictment.

Either way the affair had huge publicity – it took up thousands of pages and TV minutes, redirected the public’s attention and pushed into the shadows some things of great, essential importance for all citizens.

We can mention a few, as there isn’t enough space for more.

Back in the day, a supervision action by the Commissioner for Information and Personal Data Protection over mobile providers showed that we do not even know the approximate number of accesses to communication data, and that we can only assume that it is a huge number, in the hundreds of thousands. With the only provider that dared to activate a software application that counted accesses to retained data, the number in one year was more than 270,000! If the Security Agency has retained online access to the provider’s databases, can we hope that it is different now? What does the public know about this?

A few years later, according to the Canadian organization ‘Citizen Lab’, known for observing the expansion of communication monitoring systems, Serbia found itself among the countries where the ‘fin fisher’ software is located, a software which enables full monitoring of communication via the Internet, emails, various chats and Skype. Our civil sector asked the authorities to declare themselves responsibly, but there was no answer. What does the public know about this?

Guarantees of communication privacy must be at the foundation of any society that is democratic, or at least wants to be. This deserves constant attention, and must not be in the focus of the public only on the occasion of scandals, nor the subject of neighborhood stories and logically unsustainable ‘official truths’. And considering these rights have been treated exactly like this for years, that reliably speaks of the existence of a great risk to the rights of citizens and the absence of responsible government.