Roden Hoxha, Tirana: Personal data – We fear Facebook, but fail to see how it is used by local actors

Home|Vicinities chronicles|Roden Hoxha, Tirana: Personal data – We fear Facebook, but fail to see how it is used by local actors

Roden Hoxha, Tirana: Personal data – We fear Facebook, but fail to see how it is used by local actors

In a time where the main fears of misuse of personal data is targeted towards big tech giants, in Albania, the institutions and the system built to safeguard the privacy of ordinary citizens have failed in their duties towards their constituents. 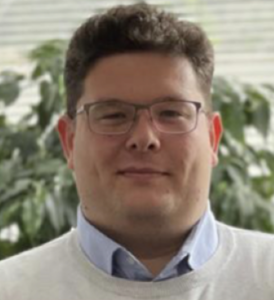 In an era of fast change in business practices, government functions, and information and communication technologies, the protection of personal information, often known as privacy or data protection, has arisen as a key political and social concern.

In the Albanian context, data protection and privacy are a fundamental right enshrined in the Constitution of the Republic of Albania. In recent years, Albanian data protection legislation has started a process of harmonization with the EU acquis communautaire, with the Information and Data Protection Commissioner adopting the European Commission’s instructions and the best practices of its EU counterparts in carrying out his responsibilities. Despite the ever evolving and enhancement of the law in this regard, the issues encountered in the recent month, have put into question the legal measures and safeguard mechanisms in place.

In April 2021, on the verge of the National Assembly elections, a scandal with respect to the use of personal information of around one million voting citizens erupted on the public media sphere. First reported by an online portal Lapsi.al, the story was picked up immediately by a large number of media outlets, be they local, national or international in nature. Furthermore, the list of citizens with all their personal information ranging from date of birth, to their address, to their phone numbers, their ID numbers and other sensitive information was not just posted on the news outlets and debated for weeks, but was also shared incessantly through social media and direct messaging services.

The story had as its cornerstone the use of personal information of citizens for the affirmation of their party vote in the coming elections, used by the party in power, as a centralized database for the examination, analysis, and potential sway of voters towards a different political affiliation.

At the outset of the scandal, suspicions were that the database was made available to the Socialist Party by AKSHI, the National Agency of ICT, a serious accusation, putting into doubt the safety of personal information of all Albanian citizens. However, despite the numerous political, international and civil society calls and outrage raised at the time, no definitive verdict on the issue has been reached so far. The scandal is further aggravated by the reported fact that the produced list was sold on the dark web.

The Special Prosecution Office opened a case with the serious charge of active corruption during election time”, but soon after dropped the charges justifying that the actions committed by unknown persons were just “unauthorized computer interference”,  passing the torch to the local prosecution office, which, so far has failed to produce substantive headway.

Concurrently, the Commissioner for Data Protection, following a slew of applications, kicked off an administrative investigation on the matter, but as with the previous institutions, in silence, in August 2021, issued a decision finding numerous violations of the fundamental constitutional rights of Albanian citizens, but issuing only recommendations for the avoidance of future infractions and proving no substantive guilt on the matter.

This blatant disregard of the right to privacy by state actors, the media, and the failure of the relevant institutions tasked with its protection is a clear and present danger of misuse of personal data aggregated by state institutions, further aggravated by the continuous ridicule of the affair by the party in power, following its reelection as the leading force in Parliament.

In a time where the main fears of misuse of personal data is targeted towards big tech giants, in Albania, the institutions and the system built to safeguard the privacy of ordinary citizens have failed in their duties towards their constituents.

Roden Hoxha is the Executive Director of the Albanian Center for Quality Journalism (ACQJ), a CSO that deals with journalism issues in the age of new media tendencies