Ranko Mavrak, Sarajevo: Bosnia and Herzegovina, or How to Escape Dialogue

Ranko Mavrak, Sarajevo: Bosnia and Herzegovina, or How to Escape Dialogue

Everyone knows everything and no one listens to anyone, from the street to the top of the state. Because there is no dialogue, the essential element of reciprocity in interpersonal relationships. 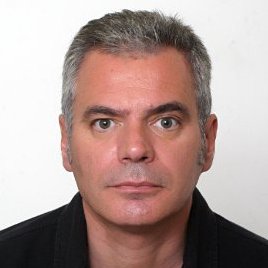 There are states everyone would love to live in. They have good salaries and high quality schools, professionalism, diligence and honesty are valued, people live in decent apartments and houses, drive good quality cars, breathe clean air and drink even cleaner water, public administration serves its citizens, crime rates are low and corruption is a rarity. And no one talks about the war and the disintegration of this state. Because that sort of thing is unthinkable and meaningless.

There is none of that in Bosnia and Herzegovina. Wages are miserable, much like the schools, good political connections are valued, diligence and honesty are unimportant and unnecessary, the state and its administration are adorned with endemic corruption, crime flourishes and cities suffocate in polluted air while rivers are turned into garbage dumps.

And every now and again someone threatens with war and the collapse of the state.

And everyone knows everything and no one listens to anyone, from the street to the top of the state. Because there is no dialogue, the essential element of reciprocity in interpersonal relationships.

A good state, just like a bad one, is always the result of the “people’s will”, based on either real or false freedom of choice, and that choice, in the case of BiH, has been consistently wrong for decades.

Because there, people persistently vote for noisemakers and false prophets, that is, fighters for alleged national interests, and as a rule, these greatest simpletons among them all are their favorites.

Imagine a nominal head of state singing a nonsense song “Nobody can do anything to us” under a tent, indulging the masses.

These people have reduced the culture of political dialogue in BiH to the level of crowds on the streets and drunks in the bar, and to a debate on who is whose greater enemy.

And there is really no room for nuance at all, everything is reduced to classifying “ours and theirs”, so that furious campaigns can be conducted to impose “our” demands, values ​​and criteria as the only acceptable and justified ones without the need to clarify anything in particular.

Respect for diversity, respect for others and openness to honest dialogue in these circumstances are just an unnecessary burden that complicates the process of accepting pre-set simple solutions reduced to necessary and unconditional classification.

Because dialogue is a fundamental source of danger to the proponents of these solutions for their government. Dialogue, by definition, is useful because it allows us to correct our views and opinions, remove misconceptions and prejudices.

For 30 years, key politicians in BiH have been conducting monologues, shouting at opponents who also prefer to believe that the power of decibels and the bizarreness of insults and defamations they utter prove the strength of their arguments.

A culture of political dialogue in BiH does not exist because there is no willingness to listen to others, to be heard and understood. There is always only one truth,  “our” truth, and ‘others’ lie and cheat.

“We can only be hated by those who don’t love us,” the singer under the tent and his opponents shout in unison.

It is a perfect message for the downfall of multinational political communities and states.