The Man, the curious being he is, has difficulties managing the urge to explore, and is therefore constantly searching for opportunities, places and people with whom to push boundaries. Right at the edge is where he becomes an individual. 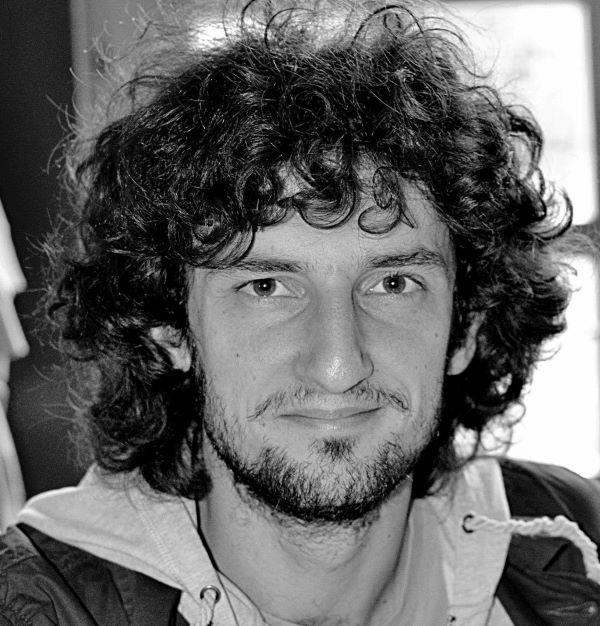 You meet people incredibly similar to you, and feel that you can be more open and free with them than with those you have been close with for your entire life. These encounters only happen when a person, as an individual, decides to face their own personal fears and challenges, and finds the strength and courage to jump into situations over which they have very little control.

Once he’s in deep, the Man, the curious being he is, has difficulties managing the urge to explore, and is therefore constantly searching for opportunities, places and people with whom to push boundaries. Right at the edge is where he becomes an individual.

One such long-standing friendship is mine with M.B. We discuss a variety of topics. Our opinions often differ, but are always well-argued. Our last serious conversation was about why people concede to the status quo? We didn’t agree on an answer, but I wholeheartedly defended the view that the status quo was the result of a lack of individual responsibility. From minor situations – paying a parking ticket – to large issues at hand like their financial or social status. My position at the time was quite influenced by Danilo Kis’s essay ‘On Nationalism’.

Kis says that ‘suppressed by different ideologies, smashed and lost between confronted ideologies, incapable of individual rebellion, the individual has found himself in a limbo because he is a social being who does not participate in social life (…) his individualism is suppressed in the name of ideologies. What is left for him (…) than to look for his social being somewhere else?’

This is a very current sociological phenomenon. Individuals are repressed, underestimated, viewed as weak; their skills, aspirations and potential are destroyed even before they even arrive at any public, professional or social stage.

Being an individual today, at this point in the world, means risking everything and allowing for a public re-examination of your national and religious affiliation; it means risking economic stability. It means constantly proving and re-examining your own actions and opinions.

Comfort prevails over individualism, facing one’s own fears is a risk. Embarking on the realisation of a distant idea seems like an extremely meaningless endeavour. The development of the idea begins extremely shyly and is presented first to the people we know will support us. This shy realisation leads to present the idea to those who are explicitly convinced that there is no chance of its success.

New ideas usually come from young people who are brave but, due to their inexperience, are more susceptible to the influence of their environment. It is at this point that they begin to individually mature. The emergence of a conscious individual is the emergence of potential entrepreneurs and innovators, strong individuals on the public stage, those who represent views which are different to others, but also individuals who increase their responsibility by gathering like-minded people. The pressure of responsibility and the weight of individuality grows. A social entrepreneur’s potential is closely followed by a struggle with economic challenges, as well as his self-imposed social position.

It is possible that they will not succeed in the given circumstances, but they still cling to their idea as the only pillar, and do that which most do not have the strength and courage to do. For this reason, one should write about these people, their challenges and ideas, visions and difficulties.

For one simple reason – because they are worth it.

Predrag Borojevic,  always on the journey from an idea to a business venture; extremely successful in the sector of social entrepreneurship.