My message is clear – solid laws and their consistent application should support and encourage whistleblowers. 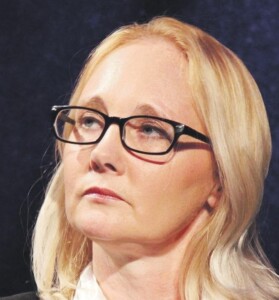 In Montenegro, whistle-blowers (persons who publicly warn of illegal activities, for example, corruption, misconduct, breaking of the law, or abuse by powerful individuals) were left without government support. Moreover, it is the government that pressures employers to dismiss them, or employ various pressures to get them to leave on their own. In addition, we have a direct call for revenge against whistle-blowers in the statement of President Milo Djukanovic (then Prime Minister). He stated in parliament that the employer, who fired a whistle-blower, did something that everyone should do in a situation when “private” data about their company or institution is uncovered, and that the communication of such information is not “democratic”.

My agony ​​began in late 2015 and early 2016, when I worked as a sales and marketing director at the Ramada Hotel in Podgorica. The newly formed Social Democrat Party (which was then and later part of the government), led by Ivan Brajovic, then Minister of Transport and Maritime Affairs and later President of Parliament, organised founding rallies in the aforementioned hotel. After two meetings were held, it was requested that bills for these services be transferred to the Railway Directorate, which is a public (state) company. My employer at the time had to do it under pressure, although I opposed it. After going public with this information and reporting corruption, I was fired. I became a whistle-blower, an enemy of the state, and a person of security concern.

Even the Anti-Corruption Agency decided not to offer me whistle-blower status, which, according to law, would provide me with at least some protection and possibly compensation for the damage done to myself and my family.

Five years later, this case had its epilogue in court. In several court proceedings, some Social Democrat officials (not the party’s president) were convicted of abuse of power. The attitude of the authorities, ie institutions, towards corruption and abuse of official positions, is best illustrated by the fact that convicts still enjoy political protection, are all employed, and some even promoted. Meanwhile I have had no chance to get a job all these years, and as a single mother provide for mine and my children’s basic needs.

I’m often asked ‘do you regret whistling?’, Or ‘if you could go back, would you go through this agony again?’ I always give the same answer: I would do it all again, because it was the right, moral decision. I believe that my sacrifice was a small part of the larger picture which led to a regime change in Montenegro.

It is a strange feeling to have some people look at you with contempt and others with respect. You carry an invisible burden which defines you. I am sure – and I am proud of that –  I have not embarrassed myself, my family or my ancestors with anything I’d done.

I think the importance of whistle-blowers is immeasurable. For me, people like Edward Snowden and Dr. Astrid Stuckelberger are heroes. Brave people who discover and disclose immoral, illegal and socially harmful activities – both locally and globally – deserve support and respect. My message is clear – solid laws and their consistent application should support and encourage whistle-blowers.

Patricija Pobrić, graduate in Mathematics, with a Masters in Organisational Leadership, with 25 years of managerial experience