Ozren Perduv, Sarajevo: Justice for David and beyond

Ozren Perduv, Sarajevo: Justice for David and beyond

Our fight is not just a fight for the Dragicevic family. It’s for all of us – for more rights, freedoms and justice in our society. 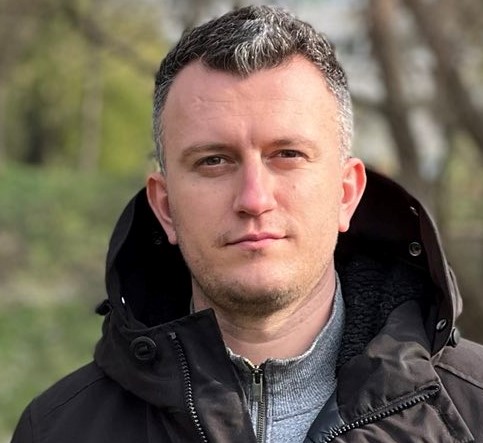 I have been an active member of the civic initiative “Justice for David” for more than 4 years. Unfortunately, the struggle that has been going on for that long has not yet yielded the desired result, which is justice for David.

Our civic activism started spontaneously. Since March 2018, and the shameful police press conference at which our own Banja Luka citizen, murdered David Dragicevic, was declared a drug addict, thief, and almost suicidal, we spontaneously gathered in the central Banja Luka square where David’s father used to come every day.

At first we came exclusively in support of Davor Dragicevic and were observers. And we believed that everything would end very soon. Later, we got to know each other better and agreed on future steps together with Davor.

Today, we are not an informal group of citizens. We have the Association of Citizens “Path of Justice”, which conducts a large number of activities.

We organized large protest rallies with tens of thousands of people, where there were no incidents, and at which only justice was sought.

Unfortunately, the authorities did not respond. On the contrary, we all became enemies of the state overnight, and the authorities, by abusing the state apparatus and the entity public media service, drew targets on all of our foreheads.

In December 2018, after the formation of the new RS Government and after the brutal police action, many things changed. The police issued hundreds of misdemeanor warrants against us for allegedly disturbing public order and alleged illegal gatherings. We did not pay any fines and in each case we demanded a court decision.

One bizarre example is a lawsuit against me, for shouting “Justice for David” and thus allegedly upsetting some citizens. Believe it or not, the trial lasted a full 6 hours.

The epilogue of all court proceedings, with the help of our esteemed lawyers from Banja Luka, resulted in us completely humiliating and defeating the Republika Srpska Ministry of the Interior. They lost all trials, and my comrades-in-arms and I were acquitted of any misdemeanor liability. This further motivated us to continue our noble and sincere struggle.

The state of affairs today is completely different. Now, we have initiated criminal proceedings against the RS Ministry of the Interior and their dishonorable members for abuse of position and authority, as well as lawsuits for discrimination. We’ve won some of those lawsuits, and the rest are in process.

We are also waging legal battles due to illegal bans on gatherings. We have reached the Supreme Court of the Republika Srpska.

Believe it or not, in July 2020, ten of us were arrested because we were addressing the media at a previously scheduled press conference.

Unfortunately, the Constitutional Court of BiH did not see anything disputable in that, and that is why we submitted the Application to the European Court of Human Rights.

It is important to emphasize the role of the media in our struggle. We often point out that they are our only protection today, and not the police whose task this should be. The media continues to pay great attention to our struggle, and we strive to be continuously present in the media space.

Our fight is not just a fight for the Dragicevic family. It’s for all of us – for more rights, freedoms and justice in our BiH society. For a worthy life.