BiH is one of the rare European countries which hasn’t begun the vaccination process, and it is at the bottom of the ladder with only 5% ‘reserved’ in relation to the number of citizens. 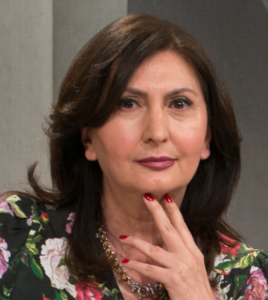 With the new year came the hope of the old, ‘normal’, pandemic-free life of hugs and closeness, a time when schools, offices, and cafes were filled with people. A life not lead in a virtual environment. The hope that this will not be another lost year.

News portals and media outlets are shouting out different headlines and announcements, with more or less accurate information on the beginnings of immunisation and types of vaccines.

The number of approved vaccines is on the rise, and so is the hope in victory over the pandemic. The question is no longer whether or not we should take the vaccine (with the exception of anti-vaxxers and flat-earthers), but which vaccine we should take. Experts say that potential health consequences of the virus are significantly more likely than potential consequences of the vaccines. While some are considering whether they should take the new vaccine, wondering whether the piece of nucleic acid it carries could change their genetic material, others would not take the traditionally made vaccine. Both experts and everyday citizens are ridden with dilemmas.

I’ve been following the developments and thinking about what may happen to us in BiH. Our neighbours have started the immunisation process on time. We still don’t know when this will happen, or which vaccines we’ll have access to, mostly due to the government’s incompetence to handle this crisis. There is a striking lack of concern, despite the fact that we are fourth on the list of the highest Covid death rates in the world, with 1,249 dead per one million inhabitants.

The Covax mechanism, created on the principle of solidarity allowing all world countries to receive the vaccine on time, has failed. The large and the wealthy have already pre-ordered and made deals, and three times more vaccines than their number of citizens are ordered in purchase negotiations.

BiH is one of the rare European countries which hasn’t begun the vaccination process, and it is at the bottom of the ladder with only 5% ‘reserved’ in relation to the number of citizens.

Vaccine manufacturers are losing the race with time, as it has become impossible to produce enough in a short period of time. For immunisation to be effective, it has to start simultaneously world wide and done as quickly as possible, without leaving any gaps which would enable continued spread of the virus.

In our vicinity, there are massive queues for mass immunisation, and over here we have queues on the ski lifts on all Bosnian mountains. Ski resorts have never been better equipped, and the weather is adequate – the photos we’ve been seeing make it seem as if the world has briefly returned to ‘normal’.

Europe is closing down, marking the so called ‘deep red’ zones, forbidding movement between one country to the other, in fear of the new super-spreader virus variant which could threaten immunisation. Bosnia and Herzegovina is opening up, inviting both local tourists, and those from the vicinity. We need to make up for what is lost. I’m only hoping we won’t make up for it in lost lives.

It is also miraculous that our infection numbers are dropping, whilst they are rising or plateauing in the rest of the world. The government is only waking up now, entering direct negotiations with vaccine manufacturers, while people are seeking virus prevention in the mountains, in the clean air. Tourism employees are rubbing their hands together, in the attempt to make up for the ‘lost year’ behind us. I only hope that we don’t end up paying a very high price, or end up losing much more – at least hoping it will not be a majority that does.

Olivera Dodig, Acclaimed journalist from Sarajevo, creator and host of a BHT1 programme on health since 2009, where she was previously director.