The ‘new normal’ for those who live in social housing means that even today, one year since the start of the pandemic, they aren’t able to move beyond the small backyard of the institution they are in. 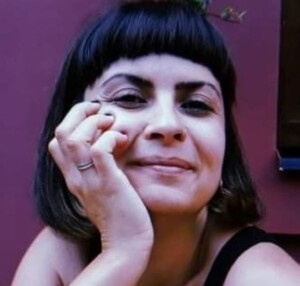 That September morning, I woke up to a message from social workers from the Liceulice organisation, explaining they were not allowed to visit our vendors in the Shelter for Adults and the Elderly in Kumodraska Street, though the visit was pre-arranged. There is a lot of ambiguity in the Shelter’s rules, which were introduced with the aim of preventing the spread of Covid-19 in all social protection institutions in Belgrade; one of those rules was that visits – which took place outdoors at the time – would not be allowed if the temperature fell below 18 degrees Celsius.We have been living in these unprecedented, pandemic conditions, for several months at the time. We didn’t really know who or what to care for first – whether we followed all the hygienic procedures a million times a day, whether we got all the necessary supplies because everything will be closed in the coming days, whether we will have a job in the coming months, how long all this would last, and not to mention mental health and how we really felt about it all.

What’s devastating, however, is that the only way in which the city of Belgrade has tried to protect those living in social housing and the Shelter for Adults and the Elderly, where many of our beneficiaries live, has been to lock them up and prevent them from leaving the institutions – until further notice. Shortly after the outbreak of the pandemic, a policy was passed with the aim to protect the users of this social aid from being infected with the virus. The rules were not always clear, neither regarding visits, nor the adoption of support packages. The ‘new normal’ for those who live in social housing means that even today, one year later, they aren’t able to move beyond the small backyard of the institution they are in.
In regular phone conversations, one of our vendors, who lives in one of the social housing institutions, asks me about the life ‘outside’, whether there are people out on the streets, and how they are behaving. I remind you that this man has been locked up in a home for over a year and, although he has been revaccinated in the meantime, he will not be allowed to leave the housing any time soon nor return to the life he is used to, which he dreams of, and which he is fully entitled to.

What is more important in this case – to follow unclear, and sometimes very strange, procedures, or the mental health of people who are no longer sure whether they are starring in a poorly directed film, living in prison, or a home which is supposed to make their lives easier?
As Liceulice has been working on economically and socially empowering members of various marginalized groups for the past 10 years, we had to be by their side over the past year more than ever. It was important to help them on several levels – to ensure they are economically secure despite the fact that many of them were unable to work, that they receive rent support, food and hygiene products, daily psycho-social support, protection them from potential Covid-19 infection by supplying them with PPE, and to be their source of information, because most of them do not have access to TV, internet, or smartphones.

Although this state has long completely neglected most of its citizens, we will never do that. We will fight even louder, united and in solidarity, until the interest of the community, public health, the right to a roof over one’s head, the right to food and work, adequate and timely care for the most vulnerable members of our society is at the centre of social policies, not only on paper, but in practice.