None of the 87 cases of attacks on journalists or media property saw a single prosecutor in Montenegro fired or disciplined, let alone fined for investigative failures. 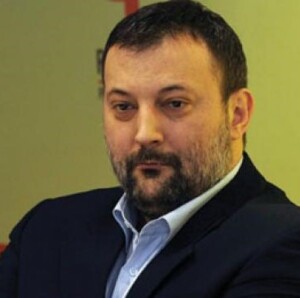 The fact that there have been 87 reported attacks on journalists and media property in Montenegro since 2004, which is taken as a reference statistic, best illustrates the level of media freedom in our country.

Relevant international organizations, like Freedom House and Reporters Without Borders, rank Montenegro as partially free. This can be described as a state in which you can publish anything if you are willing to bear the illegitimate consequences of your investigative writing.

The most drastic cases of attacks on journalists and the media (the murder of Dusko Jovanovic, the attempted murders of Olivera Lakic and Tufik Softic, but also the bomb attack on the “Vijesti” editorial office) have not been solved, although more than 15 years have passed.

There are two key reasons for this: a lack of political will of the previous government, and a lack of professional capacity in the prosecution and police. After all, journalist Tufik Softić won the court case against the State due to an ineffective investigation. There are plenty of examples of these allegations: in the case of Jovanovic’s murder, the prosecution has not yet questioned the person who applied to be a protected witness in 2015; in the case of one of the attacks on Olivera Lakic it has been proven that a police inspector gave a false statement in court.

None of the 87 cases of attacks on journalists or media property saw a single prosecutor in Montenegro fired or disciplined, let alone fined for investigative failures.  In several cases, such as the attack on Mladen Stojović, the statutes became obsolete

Apart from physical attacks, newsrooms that were not under the control of Milo Djukanovic’s party have been exposed to financial pressure for years. This is reflected in numerous lawsuits for honour and reputation damage that have extreme damages claims. The media were predominantly sued by officials of the ruling party, their close relatives, or businessmen close to the previous regime.

Despite years of criticism from the European Commission, the Democratic Party of Socialists (DPS) has sought to limit media freedoms through legal norms as well. Last year, the then ruling majority passed the Media Law, which obliges journalists to disclose their sources at the request of the prosecutor in certain cases. Citing similar practice in some European countries, the Djukanovic regime presented caricature-like solutions by developed European societies in order prevent insiders from their own ranks from becoming relevant sources for journalists.

So, in practice, it could happen that the prosecutor initiates an investigation and forces the journalist to reveal his source, and then stops the investigation. These situations are not unexpected as it’s known that even today the prosecution and judiciary in Montenegro are partisan, and not independent.

The situation is similar with the law on free access to information as the main tool for investigative journalism stories.

The third, but not least important, method of attacking independent media is public slander of prominent journalists and civic activists through pro-regime media based outside Montenegro. There is almost no one who has investigated the former government that hasn’t been subject to a  dirty campaign by the muddy media.

For all these reasons, the media community expectations are high now that there’s been change of government in Montenegro. It is expected that investigations could finally escape deadlock, laws are revised, and solutions are provided to affirm rather than stifle freedom of the media.

Unfortunately, things are moving very slowly, especially when it comes to changing the legislative framework. However, the good side of it all is that in Montenegro you can finally criticise the government’s actions (at least so far) without consequences.

Nikola Markovic, Journalist, until recently deputy Editor in Chief of daily newspaper ‘Dan’, President of the Commission for Monitoring Investigations of Journalist Attacks