Nikola Dujovski, Skopje: The line between protection and endangerment of human rights and freedoms

Home|Vicinities chronicles|Nikola Dujovski, Skopje: The line between protection and endangerment of human rights and freedoms

Nikola Dujovski, Skopje: The line between protection and endangerment of human rights and freedoms

The democratic countries in the Balkans are still very vulnerable in terms of interception of communications and we often hear about abuses by the state, primarily the security institutions, which illegally monitor the communications of politicians, businessmen, civil activists… 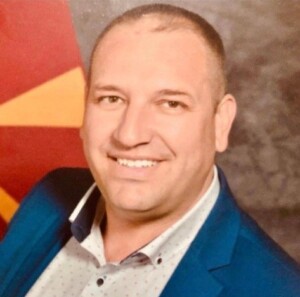 The line between protecting (guaranteeing the safety of people and property) and endangering human rights and freedoms and the basic principles of democracy is particularly thin, and must be developed as human relations are strengthened and intertwined.

Advances in technology and the information industry have enabled a number of corporations to operate relatively freely on the market and produce means of intercepting communications. Insufficient legal regulation for the production and placing on the market of such assets allows individuals and / or groups to procure such equipment and use it smoothly.

These days, we can hear about the case of alleged wiretapping of the Special State Prosecutor of Montenegro, as well as the allegations about an organized group that wiretapped the Serbian president, but also the well-known case of organized, continuous and long-term wiretapping of more than 20 thousand Macedonian citizens. This shows that the democratic countries in the Balkans are still very vulnerable in terms of interception of communications and we often hear about abuses by the state, primarily the security institutions, which illegally monitor the communications of politicians, businessmen, civil activists…

The Republic of North Macedonia is building a characteristic model for controlling the interception of communications. When reforms in the security sector started in 2017, the Operational-Technical Agency was established, a separate and independent state body that provides technical liaison between operators and the authorities that are authorized to monitor communications. OTA is a body that provides access and enables monitoring, but does not have the technical ability to access the content of the monitored communication. The agency has an obligation to accept any order to enable surveillance related to criminal investigations and protection of the interests of the security and defense of the state. In other cases, the OTA will not allow access and transfer from the operator to the authorized body (public prosecutor’s office and bodies with police powers). On the other hand, the mentioned bodies have a technical ability to monitor, record, process the data from the operators, but they do not have the technical ability to start the monitoring process, i.e. to establish a connection with the operator. It is in this way that the balance of the so-called “main players” in the wiretapping was achieved, i.e. the physical inability of the police, the secret police and other bodies to establish interception of communications illegally and at someone’s will.

But this is just a theory that does not guarantee special protection and security. Citizens do not know and are not obliged to know how and in what way the state guarantees the secrecy of their privacy. But, today they have the opportunity to believe in a system that, at least for now, works without major challenges and serves as an example for other countries in the region.

At the top of this pyramid, of course, is the political will to respect and guarantee the fundamental human freedoms and rights enshrined in the Constitution and in the ratified international agreements. As long as the political will does not hinder the normal functioning of the newly established system, the citizens do not need to worry and doubt. The system is set up in a way to provide control and balance between the authorities and not to allow any omissions or bottlenecks in the protection of communications.