The history of the political dialogue in the Republic of North Macedonia reveals interesting phenomena related to the way out of the political crises that periodically appear since the independence of the country until today. 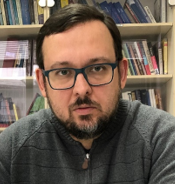 The term ‘political dialogue’ has several meanings and can refer to dialogue of political actors in the wider political arena, dialogue of political parties in Parliament, and in our country is often equated with non-institutional forms of dialogue between political parties, such as leadership meetings. The purpose of any political dialogue is to reach a consensus or convergence of positions on certain issues through reasonable and well-argued deliberation between actors who have conflicting or opposing interests, positions or views. This implies a desire for rational exchange of arguments among political actors, but also a minimum democratic capacity of the political factors for a reasonable debate and acceptance of compromises that are acceptable to stakeholders in a particular political argumentative space. Political dialogue should usually take place in the Assembly, but the Assembly is often not the only space in which political dialogue takes place.

The history of the political dialogue in the Republic of North Macedonia reveals interesting phenomena related to the way out of the political crises that periodically appear since the independence of the country until today. From the first major crisis that began with the boycott of VMRO-DPMNE and the Democratic Party in the second round of parliamentary elections in 1994, to the latest developments in Parliament and the attempt to change the parliamentary majority, the contours of the political dialogue and the ways in which solutions are reached are obvious. This, of course, includes crises such as the military conflict in 2001, the crisis over the Law on Territorial Organization from 2004, the May Agreement from 2007, the Parliamentary crisis from December 2012 and the boycott of the Parliament by SDSM in 2014.

One of the basic features of each of these crises, after which a more intensive political dialogue is needed, is the blockade of the institutions, most often the Assembly. Political actors refuse to participate in the work of the institution which is not only a legislative, but also a deliberative home, and a place for exchange of arguments and political dialogue in a narrower sense. This paralyzes the work of the legislature and leads to a shift in the political dialogue outside the institution that is primarily in charge of it. The second component of almost every one of these crises is the mediation, and often, the management of those crises by the international community, which in a situation of communicative impasse of political actors, appears as an initiator and mediator in the political dialogue in the country. The third component is the weak internalization (acceptance) of solutions, which, although generally accepted, are then portrayed by some of the actors as imposed by force. This sabotages the very point of political dialogue and prevents the building of trust between stakeholders.

The format in which the political dialogue most often takes place in the country is the leadership meetings, which are somewhat of a phenomenon in the Republic of North Macedonia, and are not an unknown format in the region. These are most often meetings of party leaders and / or leadership teams at which, with the mediation of actors from the international community, certain problems that arise in the political arena are overcome. On one hand, they are an efficient and fast way to reach solutions, but on the other, they sabotage the democratic capacity of both the political parties and the state institutions.

Prof. Dr. Nenad Markovic is a full professor of political studies at the Faculty of Law ‘Iustinianus Primus’ in Skopje