The announcement of reactivation of the “Berlin Process” means a return to initiatives that bring all the countries of the region closer and together by focusing on the still important EU standards and ever more important EU policies, a more significant and dynamic approach to the full membership of the countries in the region in the EU. 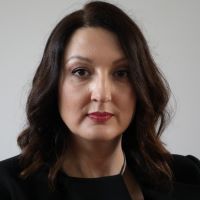 For most countries, geography means destiny. While you cannot change your neighbours, you can try to (re)define your relations through mechanisms of regional diplomacy by jointly recognizing your interdependence, creating your own and close support network in the globalized world, improving economic cooperation and security of the environment, often by looking at existing successful models of regional cooperation and its attempts here on the home turf.

When it works well, regional cooperation can change relations between neighbours, help join resources, open new forms of cooperation, even help resolve conflicts. The theory and practice of regional diplomacy indicate that positive results can be achieved when some of the following key elements are met: a clear vision of the benefits of cooperation, recognition of priority mechanisms and areas of cooperation, the absence of schisms and divisions, and the willingness of politicians to swallow their own egos and work cooperatively. In addition to the above, a balance between short-term and long-term goals, successful mobilization of domestic actors and citizens, appreciation for different experiences, a common theme, building of strong institutional ties and support of non-governmental actors are also important.

On the other hand there are limiting factors that should be taken into account and addressed before they turn into obstacles to regional cooperation. These can be overly ambitious goals and plans, the absence of a long-term perspective that can oppose immediate national interests, the absence of mechanisms for solving bilateral issues, the impossibility of applying “borrowed concepts”, membership expansion that threatens the stability or slows down the development of the organization, or a forcing of the so-called top-down process managed by leaders. The last but not the least significant factor is the possibility of dominance by one of the regional partners who tries or succeeds in controlling the regional order.

All the aforementioned factors are, to different extents, recognisable in the past experiences of the Western Balkan countries when it comes to regional cooperation, starting with the Stability Pact (in 1999) and ending with the latest regional initiative called “Open Balkans” (2021).

A serious evaluation of the above factors seems more important than ever. More than 30 regional organizations and initiatives in the WB have contributed to the post-conflict normalization of relations, the establishment of economic cooperation, and regular contacts at events that bring regional leaders together.

For its part, the EU has politically and financially supported initiatives that connect interests and policies in the region, regional cooperation is defined in stabilization and association agreements signed by states of the region and the EU, which helps monitor development and progress.

Although often neglected, citizen attitudes are also very valuable political capital and signal to politicians. According to the Balkan Barometer published by the Regional Council for Cooperation, 76% of respondents in the countries of the region support regional cooperation.

Nevertheless, deep political divisions in the region remain, open bilateral issues are unresolved, and they represent fertile ground for escalation of tensions, especially in pre-election cycles. Finally, there is the controversial “Open Balkans”, the first regional initiative that divided the region and additionally raised the political temperatures in Bosnia and Herzegovina and Montenegro, and isolated Kosovo.

The announcement of reactivation of the “Berlin Process” means a return to initiatives that bring all the countries of the region closer and together by focusing on the still important EU standards and ever more important EU policies, a more significant and dynamic approach to the full membership of the countries in the region in the EU, overall representing an investment into a joint future of the EU and the WB.

When it comes to current needs and contents, the moment dictates – regardless of the format or even the name – concrete moves by countries in the region in the fields of energy and digital transformation, climate change, and dealing with economic and other consequences of the Russian invasion of Ukraine. Political aspects of the process must also remain clear – an undoubtable foreign policy alignment with the EU and building mutual trust through the resolution of open bilateral issues.

Nedzma Dzananovic, leading BiH expert in the field of diplomacy and integration policies, professor and researcher at University of Political Sciences in Sarajevo