The civic awareness of these conditions that has proved effective in my case is a ray of hope that there may be light at the end of this tunnel of injustice. 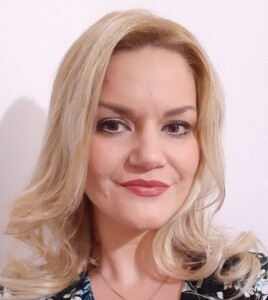 The rule of law is one of the fundamental values of the constitutional order of Macedonia; the independence and impartiality of the judges, i.e. of each one who is a stakeholder in the judicial system, are the guarantee for the protection of the rights and freedoms of the citizens.

But, it is questionable how much this principle rules in our country.

In my opinion, our society is not ready to fight for the values ​​that are embedded in the system and, through that, to encourage the rule the law.

Citizens have lost faith in the rule of law in the country.

Until some time ago, one would have thought: “I would exercise my rights in court”, but now the thought that dominates is: “Which friendly connection should I use to succeed in exercising my rights or to play the system? How much should I pay to stay free? Or to get a suspended sentence…”

I myself was the injured party and the legal representative of the victim in an investigation and court proceedings. I lost my husband and the unborn baby in a car accident.

I believed in the rule of law in this country, and the justice that, by any logic, should have brought the punishment to the driver who ruined my life by acting contrary to all traffic rules and regulations and caused that tragedy. The hopes were in vain and, in the end, I was just disappointed and asked for help from my fellow citizens.

From the whole procedure, I can draw a conclusion that, in our country, judges, public prosecutors, all who are part of that system – protect each other.

Reforms in the judiciary are constantly announced, but in my opinion, they always remain just an announcement, or the changes that are made are not essential for the protection of rights; for example, employment on the principle of equitable representation, the language of procedure, the introduction of the Academy for Judges and Public Prosecutors – all these changes do not touch the accumulated problems that the regular citizen faces every day.

I think that, in court proceedings, more attention is paid not to violate the rights of the suspect, the accused, that all legal changes are in that direction, and that the victim, the injured party is “protected” by the prosecution.

From personal experience, if in the case of the traffic accident near Mlechen I had not received support from the citizens through social networks, the Public Prosecutor’s Office would not have filed a complaint in that case, the already convicted party would have served only a suspended sentence for the death of Goce, for the loss of our baby and for my severe bodily injuries, and I, as the injured party, have no legal right to submit a legal remedy to the higher court.

The people do not believe that the principle of rule of law prevails in the country, and this was proven through the motto protest #JUSTICEFORGOCE, #JUSTICEFORME and #JUSTICEFORUS, which was supported by all citizens, and due to the suspended sentence. Eventually, the civil protest succeeded to ensure a sentence of two years in prison.

Everyone’s comment is that the sentence of effective 2 years for Goce’s death, for the loss of the fetus and my severe bodily injuries is not enough, but the fight for the rule of law continues. Now the convict should serve that sentence, but he continues to play the system instead.

Every judge in our country pronounces the verdicts on our behalf, but when the people rebel against those decisions, the Judicial Council and the Council of Public Prosecutors need to analyze and correct the mistakes by starting to dismiss judges and to punish public prosecutors, but not only those who have decided in the political processes for organized crime, but also those who have decided in cases that affect the “ordinary people”, as in my case. The people are tired of the political cases that are being prosecuted and go on for so long, until obsolescence, they are tired of escapes, of cheating of the system, and in the meanwhile, none of those who should be pillars of the rule of law is being held responsible. The civic awareness of these conditions that has proved effective in my case is a ray of hope that there may be light at the end of this tunnel of injustice.