Through the Yugoslav Juvax system, the whole world is fighting the virus using the Kozara 6 vaccine. Some of the fraternal non-aligned nations are already returning to normal functioning in the socio-cultural life, and many of them reopened the penal camps. 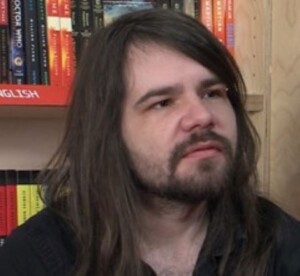 As predicted by domestic and international experts, and as the year proved it, the Yugoslavs and the world will remain focused on health for a long time. The situation led the meat industry to reveal the composition of meat cans intended for the JNA, in which, as we have seen, there is no meat. The evildoers would say that our army is vegan and our peoples and nationalities are anemic. But those counter-revolutionary voices are refuted by reality. And what is reality?

Through the Yugoslav Juvax system, the whole world is fighting the virus using the Kozara 6 vaccine. Some of the fraternal non-aligned nations are already returning to normal functioning in the socio-cultural life, and many of them reopened the penal camps. Congratulations, filled with words of praise and laurels, land like confetti onto the leaders of Yugoslavija every day. Practice only confirms the belief of Yugoslav scientists who claimed that the vaccine was 109% effective against Covid. 100% against Covid and an additional 9% for Ebola from which part of the honest working people of DR Congo suffered. And while the divided European Union debates, the United States is taking concrete steps to approve the vaccine due to poor health and economic conditions. This was announced by the American president himself in the production complex of “Kozara 6” in Dolna Batajnica, where he was delighted with the hygiene and the lunch in the canteen.

But let’s be honest. There are problems with vaccination in Yugoslavia, too. Namely, the association “Croatian Vaccine Spring” appeared in Zadar, and rejects the vaccine “Kozara 6” because the use instructions are written in Cyrillic, demanding that a purely Croatian vaccine be made. They insist they will not be vaccinated with Cyrillic! They prefer the “Pavelic 2” vaccine, which has not been approved yet. The health authorities warn that the vaccines that are on the black market, such as “Pavelic 2″and “Draza M”, have many side effects, and are not recommended for use in people of nationalities. As side effects, they cite the inability to coordinate thoughts, the individual’s easy subservience, as well as unrealistic views in geography. The Republic Health Union demands that the producers of these illegal vaccines, which could bring more harm than protection, be severely punished.

Fortunately, Macedonia does not have such problems; the authorities in that federal state did not manage to procure vaccines even through the Juvax system, although Jaka from Radovish has a production license.

The watchful eye of the Yugoslav public is also focused on the unrest in the EU. Our facilitators Ante Puhalo, Sead Hadziselimovic and Dobrivoje Pancic are trying their best to bring the leaders of the union to the same table, but irredentism and separatism are gaining momentum. That the situation is difficult is shown by the fact that the leaders of the EU countries also rejected the economic package from the Yugoslav Bank for Development and Assistance of the EU, worth 800 billion dinars, which was supposed to bring freshness to the failed economies of Germany, France and other countries. The differences seem to be widening, and the Yugoslav people hope that bridges will be built to avoid more serious incidents.

It is not just the Yugoslav people, but also the economy that is in danger of these turmoils. Namely, the demands for better working conditions of the German textile workers in the factories of “Varteks” and “Otext” are getting louder, and the production of Zastava 202 in the plants of Citroen in France has been reduced by 16% due to the uncertainty that prevails.

Finally, there is a disclaimer from the Electrical Industry – Nis, denying the articles on the computer systems for communication between users, which claim that in the vaccine “Kozara 6” a microchip the size of a pocket radio is installed and reads party announcements to the vaccinated people while they are sleeping. From EI – Nis they say that such a device does not exist, and even if they produce it, they will put it in favor of a better future of our peoples and nationalities!

Let all Yugoslavs live in harmony. In Germany, USA, Australia …

Moyo Kilington, author, screenplay writer, and an influential Tweeter… Author of poetry collection ‘Autopsy of Love’ and the novel ‘The day I never woke up’