Momčilo Radulovic, Podgorica: Don’t Do As I Do, Do As I Tell Yo(E)u!

Momčilo Radulovic, Podgorica: Don’t Do As I Do, Do As I Tell Yo(E)u!

Perhaps adopting historical lessons will mean we start calling the main sources of instability in the Balkans by their real names, in favour of true europeanisation of the region. 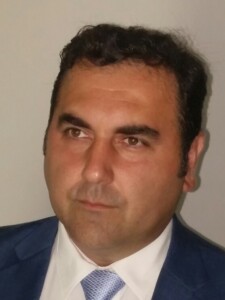 Edi Rama’s efforts at the recent Bled Forum, when he lightly touched the arm of President Rumen Radev, asking him with a friendly smile for Bulgaria to stop blocking the opening of negotiations for Northern Macedonia, and thus Albania – because we should all be guided by European Union values – were in vain.

Rama, much like myself, reiterated on several occasions that the new policies of the EU and its current leaders are guided by nationalism and public opinion polls, rather than the founding values of the EU and the idea of European unification.

Unfortunately, confirmations of these claims are apparent in almost all EU member states, and the intensity of double standards only grows with the size of the country and its economy.

The application of these ‘don’t do as I do, do as I tell you’ standards is perhaps most visible in the policy towards the Western Balkans, and especially in the activities of the largest EU members in this area. And so, contracts on Serbian airports, construction of the Belgrade metro or potential lithium extraction have turned into a big blindfold over the eyes of top European leaders, who choose not to see what Aleksandar Vucic is doing to destroy institutions in Serbia, or provoke instability in the region.

In short, the larger the contracts and investments of European companies (mostly French and German) in Vucic’s Serbia, the lower the standards of democracy in that country and the greater the instability in other countries of the Western Balkans. With these policies, EU leaders are destroying one of the basic principles of EU integration: that European investments as a country is approaching accession always go hand in hand with standards of European democracy.

This, then leads to a series of questions, whose potential answers frighten all of us who have been strenuously fighting for Western Balkan countries’  EU memberships for decades.

Two, how long will some EU leaders remain silent for, quietly approving the policies of the media, political, institutional, clerical, cultural and economic war that Vucic’s Serbia has been waging over Montenegro for years? If they find it difficult to analyse current affairs, they should take a look at the past and examine Germany’s attitude towards Austria before the Anschluss. They’d be surprised by the parallels they will find in Serbia’s current relationship with Montenegro.

Perhaps adopting historical lessons will mean we start calling the main sources of instability in the Balkans by their real names, in favour of true europeanisation of the region; alongside serious sanctions for any further implementation of the ‘Serb world’ policies, which, surprisingly, according to Vucic, do not exist. This would be a good time to remind you that Slobodan Milosevic claimed, until the very end, that Serbia isn’t involved in any war in the Balkans.

Finally, taking into account this mini case study of the value and interest triangle between individual EU leaders and EU institutions on the one hand, Vucic’s Serbia on the other, and the destabilization of Montenegro and BiH, on the third, a strategic question arises. Does this system of double values have a strengthening or weakening impact on the European and Euro-Atlantic integration of the entire region?

The long-term inertia of the EU and NATO partners, who, for one reason or another, relatively calmly watch the ‘Serb world’ policy essentially be a vessel for implementation of a much wider ‘Russian world’ in the Western Balkans can, to a greater or lesser extent, result in a boomerang-type return of these policies and have a negative impact on their domicile polices both internally and externally.

This is why it’s important we all try, seriously and in principle, to return to the initial values of European integration, that we reject double standards for the most part, and at least briefly stop over-using certain phrases which have become tragicomical to all who sincerely support Western Balkans’ EU membership.

In that spirit, let’s go back to the beginning of this short critical review.

At Rama’s request, Bulgarian President Radev replied that every country in the Western Balkans must go through the rigorous processes and very strict procedures until accession, just like Bulgaria and other EU countries have done.

Laughter broke out in the hall after he said that.

Just like the EU integration of the Western Balkans today.