The harmonised cooperation of populist methods and the cultural pattern contributes to the general impression that, when it comes to rule of law, present day Serbia is much closer to archaic oriental despotism than to modern, manifestly desired Europe. 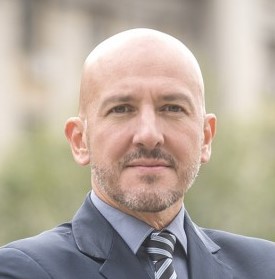 For most citizens, the tale of rule of law is nothing but larpurlartistic other-Serbian wisdom which has never been of any use. Rule of law doesn’t fill stomachs, build roads, improve air quality, nor does it reduce the amount of waste in our rivers. For the vast majority of these transitional realists, the point is clear – it is time to give up futile work and prioritise, as our politicians like to say, real-life problems our citizens face.

Alongside this kind of reasoning, our local sheriffs joke around with rule of law. The complete devastation of our institutions, increased mockery of said institutions, as well as having all three branches of government streamlined to one individual, are completely in line with this sentiment. The harmonised cooperation of populist methods and the cultural pattern contributes to the general impression that, when it comes to rule of law, present day Serbia is much closer to archaic oriental despotism than to modern, manifestly desired Europe.

This is perhaps best evidenced by the fact that, rather uniquely, the term ‘legalist’ is used mockingly here, and is a jargon staple. Rather than affirming an individual who stands for order, constitution, and law, they are defamed as ‘idle priests baptising lambs’, who, as Broz used to say, ‘cling onto the law like a drunken man to a fence’

The consequences of this approach had to be foreseen. A society that does not see the causal relationship between rule of law and overall quality of life is doomed to fail. And that’s exactly what we are seeing. In addition to the most apparent devastation, which is that of institutions, Serbia is affected by economic and cultural poverty, an ever-widening gap between the small number of rich and the vast majority of the poor, mass brain drain of the young and educated, mediocrities positioning themselves at the top of the state, all that alongside increasingly dangerous air pollution. Still, for most of those left in the smog, rule of law remains a boring, lifeless topic.

So it’s no surprise that, when it comes to rule of law, we don’t learn from the experiences of others but from our own mistakes. The latest report of the European Parliament on Serbia, along with the adopted amendments, confirms this. More clearly than ever before, the report of European parliamentarians warns local political actors as well as the general public, of the rotting in our carefully curated imaginarium. This time much more directly, we are discussing everything  all those who have not been accomplice to the charade have been talking about for a whole decade. In short, while carried away by ‘the incredible economic and political successes of our country, which is now internationally respected’, we woke up in a society of completely devastated institutions which is deeply intertwined with organized crime, and a legal system completely incapable of responding to these challenges. Unlike many previous assessments, when the amount of praise versus criticism was carefully and diplomatically calculated, everything is there – the assessment of the state of our courts, but also mention of specific scandals such as Savamala, Krušik or Jovanjica. Everything we’ve known and we kept silent about for years.

It has now become clear – it is the judiciary, and not Kosovo, that will be the foundational exam question for our local year-repeaters. It will be necessary to show everything that’s been missing all these years – fast, efficient investigations of the mentioned scandals and many others, prosecution of corruption related to the highest levels of government, independent judiciary…

Keeping in mind our circumstances, but also the aforementioned (dis)interest of citizens in these matters and the levels of informedness, it is to be expected that local leaders will buy time by establishing new working groups, special departments, and adopting the latest regulations. However, whatever is transmitted from national-frequency TV channels, the tabloids, or from the mouths of rent-an-analysts, the fact remains – our ’empire is nude’, and this nudity is not a pretty sight for anyone. Sooner or later we will painfully confront the consequences of the fact that, unfortunately, we are quite justifiably marked as a country which seriously struggles with another basic achievement of civilisation – organisation of society by law, rather than by rule of the strongest.

Who will suffer from this in the end? Certainly not the politicians, at least not directly. The lack of controllers in the judiciary and of strict observance of the law has always benefited them in the short-term. Their businesses, behind-the-scenes activities, mutual settlements and growing wealth will continue to run smoothly under these conditions. Old and new protectors at the top of the judiciary will enable the game to continue, and they wrote the rules when they won the election.

The other part of this equation is equally certain. Citizens will continue to suffer under this arrangement. Most of them will continue to live hand to mouth, they will drive on bad roads and be treated in dilapidated hospitals, though only if they can provide medication and their own gauze.

And it will get worse, because history teaches us that lawlessness cannot stop on its own. This situation will last until we begin to learn from the experiences of societies that set out on this path long before us, and until we understand the causal relationship from the beginning of this story. Rule of law, free prosecution and an independent judiciary are most directly responsible for economic prosperity, clean air and better health care. Only if and when we finally understand that, much-anticipated changes in society will begin to take place gradually.

Miodrag Majic, judge in the Court of Appeal in Belgrade