Will the European practice of “four freedoms” show progressive power in the Region? Will the growing pains make even the distrustful ones “jump on the bandwagon“? 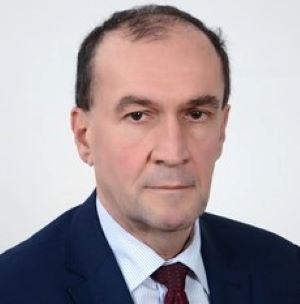 There are few regions in the world where countries understand each other so well and yet remain distant from each other, like it is the case with the Balkans. As ethnic, religious, political and other differences have divided peoples and their states, and as this has been going on for hundreds of years, pejorative words “Balkanism”, “Balkanness, Balkanization” have entered global political science terminology, all of which signify a derogatory regional trait.

As much as geography has given the Balkans great opportunities to define itself  and identify regionally, history and global political forces have played one big joke and left the region divided in all aspects, having never established a natural center where regional policies are revolved and defined. The only identity that the Balkans have built, which determines the world’s perspective on it, remains pejorative – the Balkans are a space of insurmountable divisions, primitive, backward, conflicted, unstable, insecure…

Even though the Balkan nations and states have sought to find links and achieve regional cooperation from ancient times up to the present, this wasn’t successful until the end of the Cold War. In the twilight of bipolar balance, an international exit strategy was needed for all countries trapped in the jaws of the Red Mandarin bureaucracy of socialism based on ideas coming from the West, which marked the first wave of regional initiatives (Balkans 1.0).

The second phase began after the Balkan wars, initiated and marked by the disappearance of the federal Yugoslavia. Most of the ideas and initiatives that marked the second wave (Balkan 2.0) were based on the need of the Balkan states and peoples to build their own spaces of freedom, democracy and free trade. The poor result prompted the European Union to launch the “Europe of Macro-Regions” process in its projections of cooperation between its members and with “aspiring member states”, trying to involve them more in the integrations they themselves are building. Although the Balkans 3.0  chapter is not yet closed, strong results are not to be found. The traditional Balkan “stubbornness” in resisting any kind of co-operation as well as the global environment have left the process unfinished.

Almost all initiatives and about fifty regional projects were “imported” into the Region. They were expected to be seen as ideas that would drive change. The beginning of true cooperation was to incorporate initial ideas and institutional frameworks into what people in the Balkans actually want, and to make regional life the common purpose of the states on the Balkan Peninsula, a shortcut on the global path. The practice of integration and the desire to “catch up” to the world were to overcome  dominant policies of division and opposition. Yet, resistance to the new, to order, to an understanding and overcoming of divisions was stronger. The lack of ideas of political elites, caught by the disappearance of “higher state authorities”, who were encouraged and surprised by their own leadership positions, brought them personal benefit and backwardness to society. The Balkans have been divided into states, but united in regional crime networks – regional co-operation and a reminder of Yugoslavia were not wanted, but regional crime networks were developed nevertheless. The criminals got involved in their own initiative without big summits, bureaucratized institutions and translation booths – for them the interest was enough.

Has the “Open Balkan” been established as a negation of previous bad practice, on its own, conceptualized and purposeful? Will the European practice of “four freedoms” show progressive power in the Region? Will the growing pains make even the distrustful ones “jump on the bandwagon”?

The Balkans have a unique chance to show that it’s possible.