Do people in the region know each other well enough, are those strong emotions based on personal experiences, or are they a reflection of: the daily political narrative, the historical events or the media representation of the others? 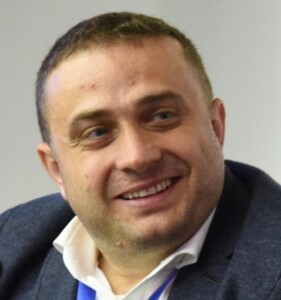 If we sum the population of all countries in the region, we would get a total of about 42.3 million inhabitants, a population that is multinational, multiconfessional and spread over a relatively large area. But most importantly, it is a population with strong emotional connections that vary from strong sympathies to strong hatred. But it is easy to hate when you know nothing of the other side.

Do these people know each other well enough, are those strong emotions based on personal experiences, or are they a reflection of: the daily political narrative, the historical events or the media representation of the others?

Before reaching a conclusion, I would like to share with you some of the personal experiences I gained by participating in the team that has been implementing the initiative for establishing bilateral youth cooperation offices between the Republic of Northern Macedonia and Greece for more than a year.

At the very beginning of the initiative, we conducted a survey to find out the perceptions of young people on both sides of the border about each other. The research included young people (16-29 years old).

From the multitude of information we received on this occasion, I would like to freely interpret the following:

Nearly 60% of the young Greeks we surveyed have never traveled to their neighboring country, while almost 85% of young people from the Republic of Northern Macedonia have visited Greece.

What makes me especially happy is that the stances of young people about cooperation after the signing of the Prespa Agreement have changed significantly for the better; the only thing that is missing are tools for realization of this cooperation.

I can freely conclude that young people from both countries do not know each other, that they develop emotions about the other side based on the information placed on them in the societies in which they live. There is a need to create a platform for communication between the young neighbors, so they can get to know each other.

Unfortunately (or fortunately, it depends), the real situation is unlike the video games that captivate young people stuck between on-line teaching and curfew, so we cannot just click and transfer our countries to another region of Europe, with the privilege to choose our neighbors. We are here, side by side and one next to each other, and we must build sustainable relations based on mutual knowledge.

The societies in the region are connected and function as communicating vessels, the good and the bad things can very easily pass from one society to another. Without a stable environment, there is no possibility for prosperity of any country, regardless of whether it is an EU member or just a candidate for it.

Politicians in the region must gather more courage and accept compromises, reconciliation and building a common future as soon as possible, for the sake of progress of the whole region. Just this once, let us act like a region, so that we could timely intercept and confront the drawing of new political maps by other actors.