I feel a positive energy in society, and a desire for people to become part of changes that will have a positive impact on our society. People want it to be them who are involved with change. 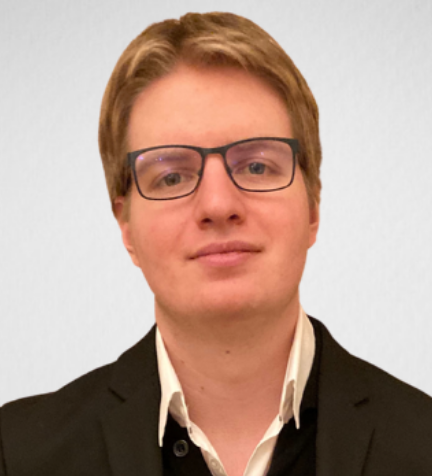 I have faced many problems and adversities in my vicinity, which is something that marks the life path of every activist regardless of the area of ​​activism they are involved in.

Civic activism – everyone is talking about it, but few explain what this word actually means. Activism is raising awareness among citizens, conducting campaigns, as well as taking all other actions aimed at implementing social change.

I have been involved in environmental activism for years. My areas of activity are communication and raising awareness among citizens about the importance of environmental issues and climate change. Engaging in activism opened my horizons and an awareness that I enjoy this kind of work. All of this led me to the decision to change my career path.

As I graduated in Law at the University of Belgrade, I was supposed to dedicate my career to working in the field of international law. But as a result of years working as an activist and volunteer, I realized that there are other things that hold my attention and that I enjoy more. All this led me to abandon my original idea and dedicate myself to work in the communications sector with the aim of raising awareness about environmental issues and the values ​​of the European Union.

For now I’m sure this all sounds great, but has it always been that way? A very short and honest answer is NO. I have faced many problems and adversities in my vicinity, which is something that marks the life path of every activist regardless of the area of ​​activism they are involved in. I have very often experienced belittling, ridicule and criticism, but I am not guilty or angry about it. Most people didn’t do it out of some evil intent (although there were cases), but because of a lack of understanding and awareness of what I was doing, thinking I was just playing smart. Instead of becoming a lawyer as “normal people” do, I started talking about climate change, the green agenda, recycling, the circular economy and so on.

In the hope that I might help at least one person who comes across this column, I have a confession to make: when I find myself doing something I love and deeply believe in, I am adorned with a sort of stubbornness and our traditional spite. And so all the negative comments that I received actually strengthened my conviction to dedicate myself even more, go stronger, and towards achieving my goals – that is, towards raising awareness among our fellow citizens.

You may be wondering if my efforts have been fruitful. Again, I will give you a simple and short answer – YES. During all these years of work, people have begun to realize the importance not only of the issues to which my activism is dedicated, but also of the issue of activism in general. Many of the people who criticized me are now my supporters.

Only taking the example of organizing and participating in various events, round tables, campaigns and actions in the previous year, I can estimate that a significant number of people has begun to actively engage in environmental activism. After an event I organized which aimed to bring the concept of circular economy closer to ordinary citizens, people came to me with various questions about how they can apply circular economy in their vicinity. I also had similar experiences when I participated in a regional campaign that promoted the right of citizens to clean air. Then I received questions and invitations to help our fellow citizens who were interested in how they can personally contribute to reducing air pollution that is present in our country. I plan to work on various projects with these people in the upcoming period.

I feel a positive energy in society, and a desire for people to become part of changes that will have a positive impact on our society. People want it to be them who are involved with change. All this awakens hope and joy, understanding that we are able to create a society and vicinity that we will be proud of, and sail on the wings of working together for a better, greener and happier future!

Marko Milutinovic, young European Ambassador to the Western Balkans and Ambassador of the European Climate Pact