Civil Rights Defenders states that journalists face threats, hate speech and physical assaults. The report also highlights that indictments against journalists are being used as a method to stimulate self-censorship. 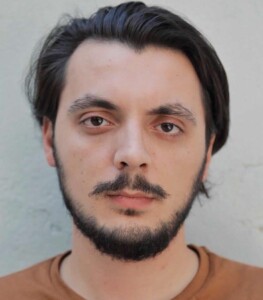 Yesterday was the official anniversary of the day when the first case with Covid 19 was detected in Albania. The pandemic followed by months of isolation and control measures hit the country in every aspect.

At times when information became a necessity and an important issue for the public health, the media and journalists were also affected by the pandemic of Covid-19, as they were targeted by the harsh rhetoric of policymakers and series of debated laws which date long before the outbreak of the novel Coronavirus.

A study of the Albanian Media Council published in January of 2021 showed that journalists except with financial difficulties, also faced obstacles with quality, impartiality and accuracy of reporting during the isolation months. Meanwhile, the audience was saturated with news about Corona virus (around 60% of the volume of information monitored in the study), and almost a quarter of these news as a source had the official government statements or the social media of Prime Minister Rama.

The same issue is portrayed at the monitoring of the international organizations in Albania. A few days ago we learnt that the country lost a point in the annual rating of “Freedom House” about freedom in the world, while in the analysis that Civil Rights Defenders (CRD) conducts about policies and rule of law, it marks series of issues with the judicial system, corruption, freedom of media and the protection of human rights.

Civil Rights Defenders states that journalists face threats, hate speech and physical assaults. The report also highlights that indictments against journalists are being used as a method to stimulate self-censorship. Only in December 2020, the media “BIRN Albania”, the journalists Artan Rama and Juli Krisafi were sued by private companies that are denounced about their close relations with the government.

Freedom of media marks serious issues even though Albania in this period took the leading position in OSCE, it is highlighted in the report of Albanian Helsinki Comitee and many other partner organizations. The fourth chapter in the report of BIRN Albania raises many issues that are related to the hostile environment towards the media.

Among the other issues, the report talks also about the issues regarding the laws that affect the media, introduced by the Albanian government as “Anti-Slander Package”. An initiative that dates since 2018 which aimed at regulating the online media through an administrative body that would be elected by the political parties, a body having the right to write high fines with an executive title.

It seems that the Albanian government stepped back just for a moment regarding this legal package, after a wide discussion and many local and international reactions, as well as after the reprimands of the Council of Europe and European Commission, confirmed by most of the time also by the opinion of Venice Commission, which put it also as a condition for Albania’s opening of accession talks with European Union.

A positive note in this sense seems as it is coming as an initiative of the media themselves. The media are ready to make the first steps for establishing self-regulatory mechanisms. On February 2020, an initiative of the Albanian Media Council, supported by the organs of European Union in Albania, founded The Alliance for Media Ethics (AME). This organization is consisted out of 25 electronic and audio-visual media and has successfully created a functional mechanism of complaints which are reviewed by the Board of Ethics, which was founded by votes of AME in order to increase the quality of reporting and to implement the Code of Ethics of Media.

Lorin Kadiu, for many years is a journalist, editor and trainer in innovative methods of journalism working for various local and international media. Currently, he is the executive director of Citizens Channel Center.