Leonida Molliqaj, Pristina: The choice belongs to the woman

Leonida Molliqaj, Pristina: The choice belongs to the woman

In Kosovo, the right to abortion is guaranteed by law, however in practice this right is denied to many women. This is because abortion is still generally associated with a woman’s morality and honor. 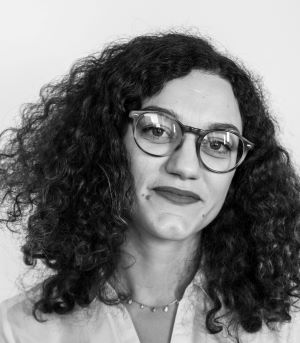 In patriarchal societies, both in Kosovo and in many other countries, motherhood is considered to be the main virtue of women. In this regard, reproductive health has very little place in the public debate. Even when it comes to abortion, treatment is often shrouded in stigma and very rarely is it talked about women’s rights to make decisions about their bodies and lives.

In Kosovo, the right to abortion is guaranteed by law, however in practice this right is denied to many women. This is because abortion is still generally associated with a woman’s morality and honor. However, the fact that abortion is still considered an immoral intervention does not prevent women from performing it, but forces them to find other forms of abortion that often endanger their health and lives.

A study published by “Preportr”, found that women fleeing stigma are having abortions in unlicensed clinics or using tablets sold in pharmacies without a doctor’s prescription. The research also showed that women feel prejudiced when seeking abortions in public clinics, due to the fact that health workers often have a conservative approach to abortion as a woman’s right.

Developments taking place in the United States against the right to abortion can harm women anywhere in the world, including the Balkan countries. We have already noticed that similar restrictive initiatives have started in other countries as well. According to research by “OpenDemocracy”, right-wing Christian groups in the US have spent at least $ 280 million to increase campaigns against abortion and against the LGBTQ community worldwide. On the other hand, the mass protests that were organized everywhere by women’s rights defenders have influenced the restrictive policies for abortion not to pass in silence.

We know from the past that banning abortion by law does not affect the reduction of abortion figures. Abortions will continue to occur despite legal or cultural prohibitions. Such restrictions already endanger the lives of women, who are forced to perform abortions in illegal forms. It is more important to note that according to the World Health Organization, unsafe abortions are the third leading cause of maternal death worldwide.

The right to abortion that was won as a result of the collective commitment of women around the world is in danger of being overturned. So today more than ever, feminist organization must be the solution. Women should enjoy the right to decide for themselves on reproduction, without the interference of family, state and without fear of prejudice and punishment. The right to our body belongs only to us!

Leonida Molliqaj is the Executive Director and Editor-in-Chief of the Center for Information, Criticism and Action – CICA