The courage of Mirela Čavajda obliges us to always oppose the hypocritical conscientious appeal of the people who took the Hippocratic oath, and who are now invoking the Bible. 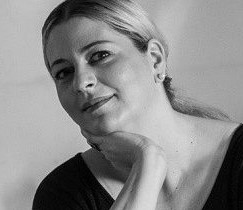 The Health Inspectorate issued a final assessment that the hospital and its director had violated the law in the case of Mirela Čavajda from Croatia.

According to Croatian media, they are threatened with indictment because the Law on Patients’ Rights was not respected, which would mean a fine of 5,000 to 50,000 kunas.

This is a pyrrhic victory for the woman who bravely exposed her personality, body, decisions, offspring, uterus and her reproductive organs to the public, in a desperate attempt to terminate a pregnancy after it was determined that a fetus bearing less than 25 weeks had a malignant tumor and was uncertain whether the baby would die in the womb, after birth, in a month’s time, or it would live with severe mental impairment after surgery.

The first and most important purpose of restricting the right to abortion is not anyone’s health or well-being, but the supervision and control over the part of the population that can become pregnant – women – and privacy of the population in general. This can be seen in the fact that legislators in many countries that have rigorous laws against freedom to decide on childbirth often leave room for abortion “in case of rape or incest” or “in case of endangering the health of mother or child”, depriving pregnant women their power and ability to judge on their own body and life. In these cases, the state, taking the reins into its own hands, allows abortion only when it assesses that the “sinner” has suffered enough so that it would be ok to allow her to have an abortion even from the highest of the moralizing high grounds. The same is true of attempts to make abortion more expensive for women who need it. For example, in the case of Medicaid, US health insurance for the poorest, it has been found that it cannot cover abortion “except in cases of rape, incest or life-threatening”, or in Slovenia, where abortion is de jure and de facto very accessible and covered by health insurance, but every now and then there is pressure to start charging for it, which is essentially a proposal to punish women for abortion. Somewhat more pleasant states for women when it comes to reproductive and sexual rights, try to maintain this control by imposing mandatory psychological counseling and / or a several days wait for abortion, which literally further abuses women, assuming that they will change their minds if we make it more difficult for them. The power and ability to decide on one’s own body is again taken away by force. The very fact that the constitutional courts, which is currently happening in the United States, decide on the freedom to decide on birth, ie. the right to abortion, speaks of how much states care about that sort of control over their population.

Mirela Čavajda could have gone to Slovenia immediately, as doctors in Zagreb had advised her, but she did not do so in silence, denying the public the information that no one in Croatia can provide her with a legally regulated right – the right to abortion.

The courage of Mirela Čavajda obliges us to always oppose the hypocritical conscientious appeal of the people who took the Hippocratic oath, and who are now invoking the Bible.

Apart from the torture enabled by the system and personal pain, after the case of Mirela Čavajda, the question remains – why do we still have to fight for our long-established rights and why does the state believe that it has the right to decide on a woman’s reproductive life and body.

In Bosnia and Herzegovina, probably thanks to the focus on vital national interests and in the spirit of our ethnocentric policies, the right to abortion is still not in question; but it is a matter of days when in the spirit of total radicalization of the right its turn will come, and within the three national corpuses there will rise the question of their future cannon fodder, suddenly expressing an interest in the life of the child before the child becomes one, while it is still a fetus.

Kristina Ljevak is a journalist and editor who has been working in domestic and regional media for more than twenty years. She is a feminist and an LGBT activist