The need for fast financing (sometimes even overnight) and often the non-fulfillment of conditions has led many Albanian citizens to turn to non-bank financial institutions that have higher loan interest rates than banks. 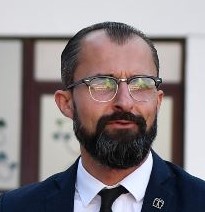 Albania is getting ready to apply a new measure in the field of lending. For the first time, the Bank of Albania has approved an amendment to the regulation “On consumer credit and mortgage credit” which aims to protect individuals from abusive practices of banks and non-bank lending institutions. The amendment approved by the Supervisory Board of the BoA on September 1 of this year, ensures fair practices in the market, regarding the level of interest rates, as well as interest on arrears and penalties applied, especially by non-bank entities, for the products of consumer credit. The application of this measure will start at the beginning of next year and focuses on new loans.

The amendments set a maximum level of effective interest rate to be applied in the new consumer loan agreements as well as setting a maximum level of 30% of penalties and interest on arrears in ratio to the remaining contractual obligation, in order to avoid excessive levels of accumulated penalties and interest, which would further worsen the client’s financial situation and his ability to pay the obligations on time. The regulation will help curb abusive market practices and contribute to increasing transparency.

The decision comes when in Albania microfinance institutions have started to recognize considerable ground, ie non-bank financial institutions that provide loans with more favorable terms than banks but with easier criteria. The need for fast financing (sometimes even overnight) and often the non-fulfillment of conditions has led many Albanian citizens to turn to non-bank financial institutions that have higher loan interest rates than banks. The lack of clear rules for this way of financing, the non-limitation of the amount of penalties or the level of interests as well as the often weak financial culture, has caused many citizens to suffer. The Bank of Albania acknowledges that the decision comes after numerous complaints about abusive practices by these institutions.

The high interest rates in these institutions come because they follow faster procedures to give loans and do not perform risk analysis like banks. On the other hand, they also have a high risk of loan repayment and as a result, to secure a profit, they apply high interest rates.

To assess the financial condition, use and burden of the debt of enterprises, every year Albania uses a periodic survey conducted by the Bank of Albania in cooperation with the Institute of Statistics.

Referring to the published data, it turns out that households and businesses are related depending on the loan and consequently any move in lending policy significantly affects their performance.

Survey data on their financial situation show that about 24% of households have a loan to pay, in about 3/4 of them the debt payment does not exceed the level of 30% of monthly income.

About 40% of the total enterprises that responded to the questionnaire state that they currently have loans to pay.

The majority of borrowing companies (76%) state that loan repayments amount to up to 20% of their income.

Compared to a year ago, this structure has shifted in favor of ‘individual’ clients. In the total number of applications considered during the period, it results that about 16.1% of them were rejected by banks.

Kreshnik Kucaj is a journalist and researcher of economic history