Koco Kokedhima, Tirana: Cannabis is cultivated, I just want it to be legal

Koco Kokedhima, Tirana: Cannabis is cultivated, I just want it to be legal

The fact that even in 2021, there is cannabis all over Albania, that tons of drugs are flowing abroad, that traffickers have the permission and blessing of the government and its officials, that the dirty millions generated by it are being laundered in construction and the economy, is an indication that Albanian politics does not intend to change its position. 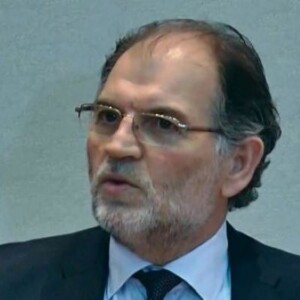 For many years now and more and more, the world is using cannabis for the good of humanity.  Over 30 countries have legalized recreational cannabis and the map continues to expand, while its economy is expected to reach $ 100 billion in 5 years.  Only Albanian politicians continue to reject this economy for the country, because they want cannabis only as a source of good things to mafia and the government, and as source of evil things to the order, security, citizens and the state.

My vision for the world cannabis economy coincides with the progressive thesis of the majority of public opinion, which supports the project that Albania guarantees its citizens freedoms and rights to use cannabis and all medicines deriving from it for the effective treatment of over 170 diseases, which do not have alternative medications; that Albania cultivates cannabis for export, because the pharmaceutical cannabis industry in the world is a multi-billion dollar industry and our country still has the opportunity to benefit from this industry; that our country, albeit illegally, has been producing high quality and well-known cannabis in Europe all these years; that a fair and far-sighted policy can partially and minimally recover the great damage done to Albania by depriving it of the world economy of legal cannabis.

We were the first in the region to open this debate and, while neighbour countries are moving forward, Albania is just wasting time.  I blame this on senior government officials and the leadership of the Opposition, who are incriminated in the interests of illegal cannabis cultivation and trafficking, for political and financial benefits.

The Government’s demagogic statement a year ago, to make medical cannabis legal, strengthened my conviction that it was dictated by the growing panic created by the country’s dire economic and financial situation following the earthquake, pandemic and the collapse of the state budget by PPPs, concessions and debts.

In reality, Albania should become part of the world map of the legal cannabis economy as soon as possible, otherwise the country will remain outside this important economy that brings only benefits, by attracting investments and creating new job opportunities, empowering the state and citizens, keeping users away from traffickers, this way weakening the cannabis mafia and offering medicines to patients.

The fact that even in 2021, there is cannabis all over Albania, that tons of drugs are flowing abroad, that traffickers have the permission and blessing of the government and its officials, that the dirty millions generated by it are being laundered in construction and the economy, is an indication that Albanian politics does not intend to change its position, that it and the cannabis mafia have merged into a joint business, sacrifying the development interests of the country and the people.

Albania does not have the luxury of waging a demagogic campaign on the national cannabis economy, or leave this potential to cannabis traffickers and government clients.  It has to design and implement this project in the best way possible, following the model of those that have been successfully developed in Canada and Germany.

During this decade, the entire democratic world will have legalized recreational cannabis and us, more than others, have more needs and reasons to legalize the cannabis economy for medical and recreational purposes, as soon as possible.

Koco Kokedhima is a former MP of the Socialist Party; he has waged a campaign for the legalization of Cannabis in Albania