During this whole struggle, we have still managed to create an environment in which we see that there is a new generation of queer people, young people, for whom identity is not an issue at all and who are ready for the new era. 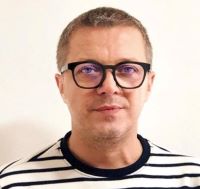 Over the past twenty years, the various initiatives, formal and informal associations and representation of LGBTI people throughout the Western Balkans have achieved a lot in terms of the visibility of the community, as well as in terms of bringing a legal framework for the protection of basic human rights, non-discrimination, non-violence and initial loosening of the clamps of isolation. These wins are due to the brave struggle of activists from the LGBTI community, with the support of the Euro-Atlantic integration process and, above all, of the EU and the USA. This coalition has made progress, but now the whole context has completely changed from what it was twenty years ago. By changing the context, we faced our mistakes, misconceptions and to some extent, from certain parts of the LGBTI movement itself, not fully understanding the internal mechanisms of open societies, the need for professionalization of advocacy and an equal, separate process of grass-roots activism and strengthening of the community itself.

When we talk about a changed context, we are talking about the attack of the coalition of the never-dethroned elites in the post-communist world and the extreme right, a set of authoritarian and exclusive states/societies, with the fear of losing privileges.

That fear is mythologized as a ‘cultural war’, ‘preserving traditional marriage’… But when we ask what exactly that means, there is no concrete answer. Because it is not about ‘preserving values’, but about preserving one’s own privileges.

And we, on the other hand, invested much less in strengthening the community, sometimes neglecting that with the changed legal framework and with the support from the EU and the USA, the community is the one that should go public and start changing the mentality. And by public, I don’t mean only the public stage, the media, etc. Even in the immediate surroundings. Outing and advocating for yourself to family and friends is the best campaign. For a hidden and invisible community, everything is public.

We should have, we must provide a place of melting, of belonging.

We must also reevaluate advocacy strategies, legal changes, political goals… On a study program from the State Department, what impressed me the most and stayed with me was a saying that I heard literally everywhere: if you are not sitting at the table, then you’re on the menu! We seem to have gotten used to the role that the local politicians imposed on us – to be on the menu all the time. Of course, politicians here would be considered extremely frivolous to talk, or negotiate with ‘fags, lesbians, trannies’. But we also did not help much by insisting for a long time on the incomprehensible ‘NGO speech’, we did not devote ourselves seriously to political representation, dialogue, arguments and some kind of compromise, an agreement that will serve in the given time, and will be the basis for continuing progress. Relying on the knowledge that the EU or the US will ‘push’ for certain solutions, we have greatly missed the opportunity to participate in the political process ourselves. And that is an open society, with the most important part – participation.

During this whole struggle, we have still managed to create an environment in which we see that there is a new generation of queer people, young people, for whom identity is not an issue at all and who are ready for the new era. It is our hope, our ‘brave new world’. We who started this whole struggle have an obligation to ensure that queer people, queer culture, the queer community is part of the political process and it is sitting at the table.