There is no language more reasonable and, at the same time, more loving than the one of the parents, who accept their children as they are and strive to give them an opportunity for a dignified life. 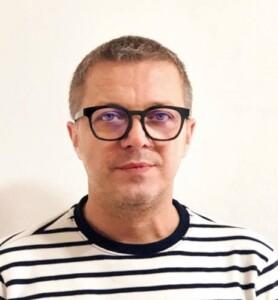 The Month of Pride begins, after one of the most difficult years we will all remember for the pandemic and, consequently, the isolation we survived. Unfortunately for many LGBT + people, isolation is not a novelty that came with the pandemic; many live in isolation their whole lives, especially in smaller and closed environments. However, according to the new map of ILGA Europe about the progress towards equality for LGBT+ people on the European continent, after a long period, progress is noted in our country. Many have contacted me because they think there is no progress, so why does ILGA Europe note this? My answer is that yes, there is progress, starting from the political will of the state leadership; the improvement of the legal framework, primarily with the adoption of the Law on Prevention and Protection against Discrimination; the establishing of a second LGBTI inter-party group in Parliament; but, also, the relaxed atmosphere where LGBTI+ people are no longer abused in the daily political squabbles and manipulations with the public. However, we must also note that we do not see these changes and the political will of the leadership going down through the structures of the institutions and most of them are still not sensitized on this topic.

Recently, another important thing happened for LGBT+ people in our country: in the TV magazine “Klik plus” on TV21, two mothers and one father came to defense of their children. There is no language more reasonable and, at the same time, more loving than the one of the parents, who accept their children as they are and strive to give them an opportunity for a dignified life. This is the right way to overcome prejudices and stigma that undermines the hopes and opportunities for an LGBT+ person to realize themselves and achieve happiness.

Strengthening the fight for equality of LGBT+ people with parents who want to give their children equal opportunities to step into life is a strong message to all parents who, due to prejudice or fear of environmental stigma, do not accept their children and reject them if they find out that they are LGBT+. A message that is parental, imbued with selfless love and devotion to their own children.

I think this novelty in our struggle shows that the whole LGBT + movement is entering a more mature phase and is slowly softening intolerance towards sexual minorities. It is a sign that in the Balkans we can expect a change in attitude and increased access to justice and services for LGBT+ people, which will increase not only the fulfillment and happiness of those who identify with this community, but will also enable the use of all the human capital of the Balkan countries in its reconstruction after 30 years of misunderstandings, wars and devastation, as well as firm positioning on the map of democratic and prosperous regions.

We saw that change is possible during the realization of the first Skopje Pride in 2019, when it turned out that if there is political will, the police can protect these events without a hoop of several lines of police officers, which leads to additional fear and insecurity. That it is possible to protect a pride parade with preventive activity and strategic security of the area where it is held and the accesses to it. It completely changes the image of the Pride and fulfills their mission, but at the same time it will completely change the image of the region.

Obviously change is possible, but much depends on political will.

Not with the dynamics I would like, but change is happening.